Border issue figured prominently in the meeting between Wang and Doval 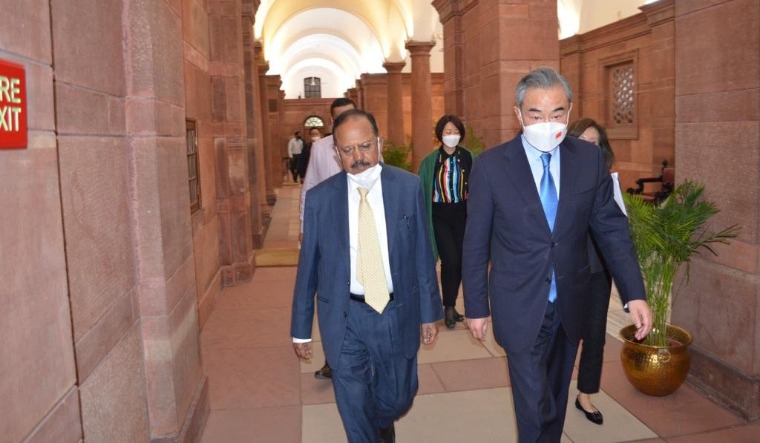 National Security Adviser Ajit Doval held talks with Chinese's Foreign Minister Wang Yi in Delhi on Friday. Wang Yi's visit to Delhi is the first by a senior Chinese official since the standoff in Ladakh started in 2020.

Their talks were believed to be focused on the Ladakh standoff and the implications of the continuing crisis in Ukraine.

The border issue is understood to have figured prominently in the meeting between Wang and Doval as they have been serving as the special representatives (SR) for boundary talks between the two countries. Wang is scheduled to meet External Affairs Minister S. Jaishankar also before leaving India.

ANI reported Wang invited Doval to visit China to take forward the mandate of the special representatives. “NSA responded positively to the invitation, stating that he could visit after immediate issues are resolved successfully,” ANI quoted sources as saying.

ANI reported the meeting emphasised the need to “take early and complete disengagement in remaining areas [of Ladakh] to allow bilateral ties to take their natural course. Continuation of present situation [is] not in mutual interest. Restoration of peace will help build mutual trust.”

ANI reported the meeting also stressed the “need to continue positive interactions at diplomatic, military levels for restoration of peace, a prerequisite for normalisation; ensure that actions don't violate spirit of equal and mutual security, work in same direction and resolve outstanding issues as quickly as possible.”