Mamata pays tribute to Netaji, renews demand for national holiday on his birthday 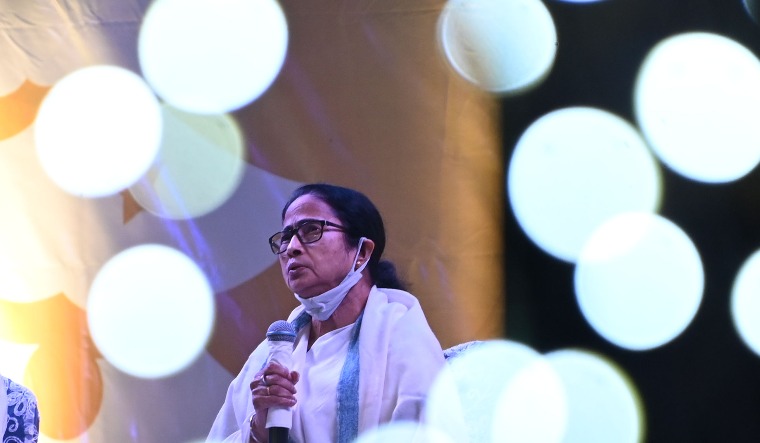 West Bengal Chief Minister Mamata Banerjee on Sunday paid tribute to Netaji Subhas Chandra Bose on the occasion of his 125th birth anniversary, and said that the day would be observed as 'Desh Nayak Dibas' across the state. Banerjee also made a fresh appeal to the Centre to declare Netaji's birthday as a national holiday.

In a tweet, the TMC supremo said that Jai Hind University will be set up in memory of the revolutionary leader with 100 per cent state funding.

"Homage to Deshnayak Netaji Subhas Chandra Bose on his 125th birth anniversary. A national and global icon, Netaji's rise from Bengal is unmatched in the annals of Indian history," she wrote.

"We again appeal to the Central government that Netaji's birthday be declared a National Holiday to allow the entire Nation to pay homage to the National Leader and celebrate #DeshNayakDibas in most befitting manner," the CM posted on the microblogging site.

The CM stated that a tableau on Netaji, which would also feature other eminent freedom fighters, will be put on display at the Republic Day parade in Kolkata.

Describing Netaji as an "epitome of patriotism, courage, leadership, unity and brotherhood", she said he would continue to be an inspiration for generations to come.

"This year, a tableau will be displayed on the Republic Day Parade on Netaji' and will also feature other eminent freedom fighters from Bengal to commemorate the 75th year of Independence of our country," she tweeted.

The Centre had excluded the state's tableau on Netaji from the Republic-Day parade in Delhi, drawing flak from the TMC as well as the Congress and the CPI(M).

Banerjee later said that the tableau would be put on display in the state.