Politics on parade: Amid Centre-states row, a look at how Republic Day tableaux are selected

Only 12 tableaux from states and UTs got the nod 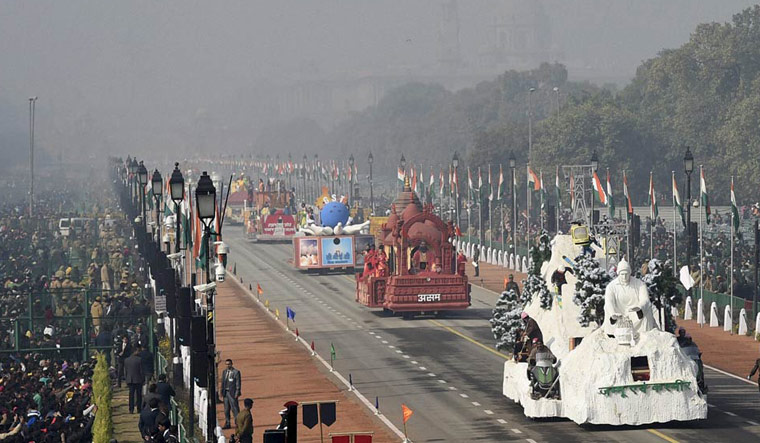 Defence Minister Rajnath Singh, who is viewed as an 'amicable' leader, has doused the tension by writing to the chief ministers of West Bengal and Tamil Nadu — Mamata Banerjee and MK Stalin — over their allegations of ignoring their state's tableaux in the upcoming Republic Day parade. Out of 29 proposals from states and Union Territories, 12 were accepted for this year's parade.

The controversy of rejection is not new. Whenever a tableau gets rejected, the concerned states write to the government flagging the issue. Normally, opposition-ruled states take the opportunity to target the Union government. The West Bengal government's tableau was rejected two years ago also. And similarly, Delhi's tableau was also not approved by the ministry of defence a couple of years back.

In fact, in 1999, then Left Front-ruled West Bengal had proposed tableau against nuclear test (India did a nuclear test in Pokhran in 1998). The Union government rejected it. Upset over rejection, the West Bengal government announced that it will not participate in the parade. That changed only after Banerjee came to power in 2011.

This year, West Bengal had proposed a tableau to commemorate the contributions of Netaji Subhas Chandra Bose and his Indian National Army. Instead, the tableau of the Central Public Works Department (CPWD) has been selected and it includes Bose. In the recent past, both state and central governments have been trying to take over the legacy of Bose. Bose’s 125th birth anniversary will be celebrated three days before Republic Day as Parakram Diwas.

Similarly, the Kerala government is also upset about the rejection of its tableau that was set to feature social reformer and spiritual leader Sree Narayana Guru. Kerala’s Education Minister V. Sivankutty tweeted to condemn the decision, holding it as an “insult towards” Narayana Guru. Defence officials said that this year's theme is on 75 years of independence and Kerala's proposal was nowhere close to it.

Singh, whose ministry is the main organiser of the Republic Day celebrations, has claimed that the tableaux proposals received from various states/UTs and central ministries/departments are evaluated in a series of meetings of the expert committee comprising eminent personalities from the fields of art, culture, painting, sculpture, music, architecture, choreography, etc. He added that the committee examines the proposals based on theme, concept, design and visual impact before making its recommendations. Based on the time slot allotted for tableaux in the overall duration of the parade, shortlisting is done by the committee.

The MoD starts the process of selection of tableaux, one of the main attractions of the parade, in August. The ceremonial branch of the MoD writes to Secretaries of all states, the union territories and central governments departments, asking them to share their proposal for tableaux under the theme given to them.

Subsequently, MoD forms a committee of experts, who screen every proposal sent by all the participants. The committee considers the topic, idea, design, and visual impact of the submissions.

Once approved, the next stage is for the participants to come up with three-dimensional models for their proposals, which are again examined by the expert committee for final selection.

A senior MoD official said about the dimensions of the trailer on which the tableau will be placed is 24 feet, eight inches long and eight feet wide with a load-bearing capacity of 10 tonnes. The tableaux should not be more than 45 feet long, 14 feet wide and 16 feet high from the ground.

In 2018, when the government decided to cut short the length of the parade, the number of the tableaux was reduced along with other cultural dance performances.

"With less number of tableaux, the competition has become stiff. It is not possible to accommodate each state or department. The expert committee's decision is final on the issue," said a defence ministry official.