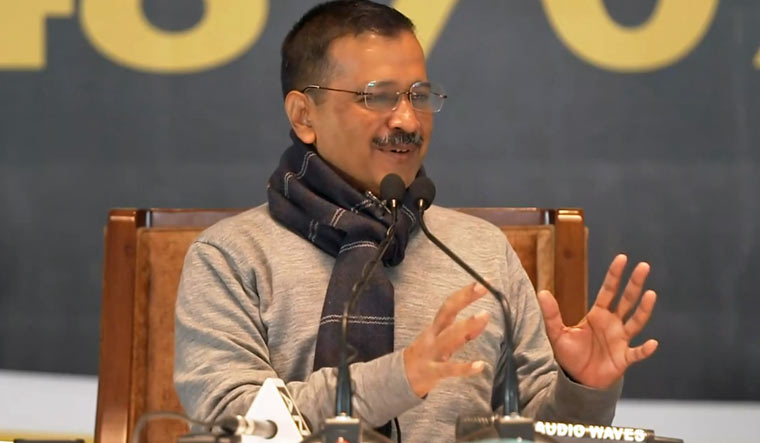 Delhi Chief Minister Arvind Kejriwal, as he confirmed on Wednesday that the Aam Aadmi Party's talks for a seat-sharing arrangement with the farmers' grouping that has entered the electoral fray had failed, made the candid admission that it could have an impact on his party's vote share in the Assembly elections in Punjab.

The AAP's national convenor's frank remarks derived from the assessment that the party finds itself facing a new rival in the already crowded electoral space in the Assembly polls, which is vying for the same votes that the party was appealing to.

The AAP had been unequivocal in its support to the farmers' unions during their year-long agitation against the three contentious farm laws. The protest formed the crux of what is perceived as a strong disenchantment towards the long-standing parties in the state and the mainstay of a sentiment for change. This mood on the ground was in AAP's assessment its golden chance of emerging as an alternative to the established outfits, the Congress and the Akali Dal. However, ironically, with the farmers entering the electoral fray, the AAP has a new opponent to contend with.

On Wednesday, addressing a press conference, Kejriwal revealed that his party held talks with Sanyukt Samaj Morcha (SSM), a grouping of farmers' unions led by farmer leader Balbir Singh Rajewal, to form a pre-poll alliance. He said the discussions ended in failure because there were differences over seat sharing. He admitted that the farmers could have an impact on the AAP's vote share.

“Our common objective is the welfare of Punjab. Balbir Singh Rajewal had come to me and he asked for 60 tickets. But by then we had announced 90 of the 117 candidates. I told him that those already fielded were also sons of farmers and it won't be right to cancel their tickets. I offered them 10-15 seats out of the 27 seats left unalloted. That is why things did not work out,” he said.

There was also speculation about Rajewal being made the chief ministerial candidate in the event of the two outfits joining hands for the elections and the reason for the delay in the AAP declaring its CM face.

“After the Kisan Andolan, the AAP's support base had increased. Now that the talks between the AAP and the farmers have failed, the vote for change will be divided. The AAP is strong in the same areas where the farmers are also very strong,” said political analyst Harjeshwar Pal Singh.

The SSM has announced that it will put up candidates on all 117 seats in the state. As many as 22 out of the 32 farmer unions that had carried out the year-long agitation against the farm laws are a part of the front.

Meanwhile, it is signifcant that Kejriwal spoke about his party and the SSM having a common objective for Punjab. This is being perceived as the AAP keeping the door ajar for a post-poll alliance.