She has not exhibited any symptoms and is in home quarantine 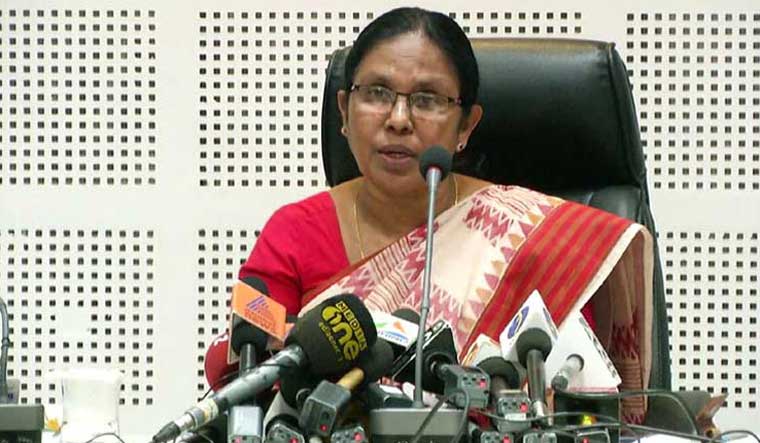 Senior CPI(M) leader and former Kerala health minister K.K. Shailaja tested positive for COVID-19 on Tuesday. Shailaja had earned acclaim for her handling of the response to the first two waves of COVID and in dealing with a Nipah outbreak prior to the pandemic.

According to reports, Shailaja took a COVID test on Monday after she felt uneasy on returning home following a meeting of the CPI(M) central committee in Hyderabad.

She has not exhibited any symptoms and is in home quarantine.

Kerala witnessed a steep hike in COVID cases on Tuesday, recording 9,066 infections. This took the state's total caseload to 52,91,280.

Of the new cases, 113 were health workers, 127 from outside the state and 8,198 infected through contact, with the source of it not being clear in 628, the release said.

The state also reported 296 deaths, which took the total fatalities over the 50,000 mark to 50,053, according to a government release.