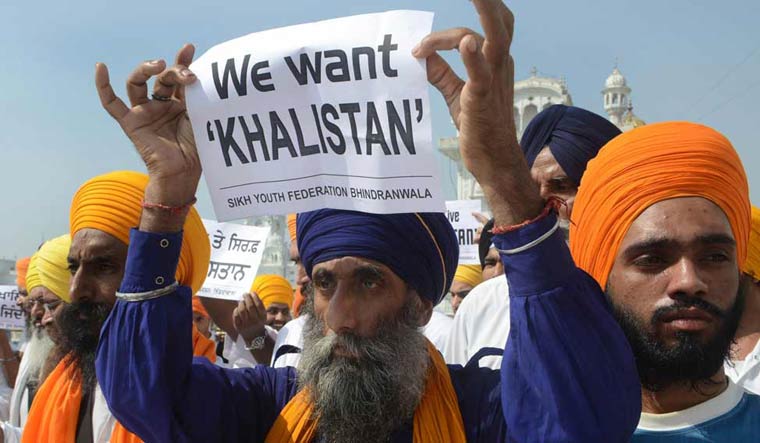 Days before the blast at the Ludhiana court on December 23, a synchronised cyber campaign was carried out by Sikh radical groups supported by Pakistan’s ISI. According to latest intelligence reports, the ‘Twitter warfare’ began from Pakistan on December 16, which is celebrated as the ‘Victory Day’ in Bangladesh to commemorate the victory over Pakistan in the 1971 war.

The responsibility for the campaign was handed over to a group named Mohabbat Mafia, which became active on December 15, using an account named Shafqat Ch and tweeted the hashtag DhakatoKhalistan. It said “Time is turning around. Dhaka 1971 is going to repeat itself on other side. To Khalistan and lot other separate states.”

According to intelligence officials, it was a call to the Pakistani groups, Khalistan sympathisers and other inimical outfits keen to attack India, to work towards creating Khalistan, carved out of Indian Punjab.

Intelligence agencies are also citing a letter written by Gurpatwant Singh Pannun, the face of Sikhs For Justice (SFJ), to Pakistan Prime Minister Imran Khan on December 16 asking for support towards the cause of ‘fall of Delhi’, just like the ‘fall of Dhaka’ in 1971. In the letter, he mentioned the need to take action.

The official said the idea was to avenge the drubbing received by then West Pakistan at the hands of India during the 1971 Bangladesh Liberation War using modern tools like cyber propaganda and misinformation campaigns.

“The idea was simple, use as many images to provoke Indians, put out maps of Khalistan, fake images to create a sense of support for the cause and use the opportunity to gain as much followers for the group involved in trending the hashtag,” he said.

Intelligence agencies have used various technological tools to analyse the profiles of the accounts running the campaign, digging out the deleted tweets and seeing how the campaign shifted to trending #Pakistanfirst.

Incidentally, all these accounts were supporters of the ruling Pakistan Tehreek e Insaaf, said an intelligence official.

Security officials said the Twitter campaign #DhakatoKhalistan was a deliberate ploy not only to change the narrative of the defeat during 1971 war, but also a well-orchestrated move by Pakistan-based groups to garner international support for radical separatist groups in India.