Vedic mathematics to be introduced in Gujarat schools 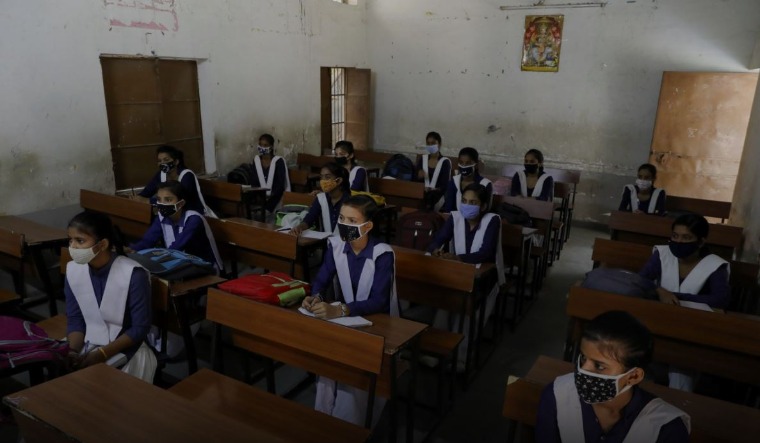 Vedic mathematics, claimed to be an easier and faster way of solving arithmetic problems, would be introduced in schools in Gujarat from the next academic year, the state government has said.

Some experts, however, opined that it should be an additional subject and can not replace modern math that is currently taught at schools.

Education Minister Jitu Vaghani made the announcement on Wednesday on the birth anniversary of the renowned Indian mathematician Srinivasa Ramanujan.

"Great Indian mathematician Ramanujan's birthday is celebrated in India as National Mathematics Day. On this occasion, the state government has decided to introduce Vedic math in schools in a phase-wise manner," Vaghani tweeted late Wednesday night.

The subject will be introduced in a phased manner from academic year 2022-23 in standards 6th to 10th to "spread the Indian Knowledge System as envisioned in the National Education Policy," the minister said.

Vedic mathematics is an ancient Indian method which simplifies mathematics by integrating arithmetic operations into 16 `sutras' or formulae.

"It would improve the problem-solving ability of school students and help them solve sums faster. With the use of various formulae of Vedic math, students will not remain dependent on calculators for doing complex sums," said senior educationist and former school principal Kirit Joshi.

"But Vedic math can not replace modern math. It will remain supplementary," he added.

Bhaskar Patel, former member of the Gujarat Secondary and Higher Secondary Education Board, said it should be an optional subject.

"Vedic math can be introduced as an optional subject. It will not prove beneficial if you make it compulsory. I do not know of a single state which has introduced this subject in the regular curriculum.

"This should be included as an optional subject or activity, like painting," said Patel, president of the Gujarat State Shala Sanchalak Mandal.

Former president of the Gujarat Secondary School Teachers Federation Pankaj Patel said, "I welcome this decision. Vedic math is a part of our ancient knowledge which will help students in improving their ability to solve math problems in less time.

"Even foreign countries have been teaching Vedic math to their students," he claimed.

Proponents of Vedic math claim that it cuts the time needed to solve problems by reducing the steps involved.

It also allows multiple approaches to get the answer, it is claimed.