Priyanka Gandhi slams UP govt over 'lathi-charge' on protestors 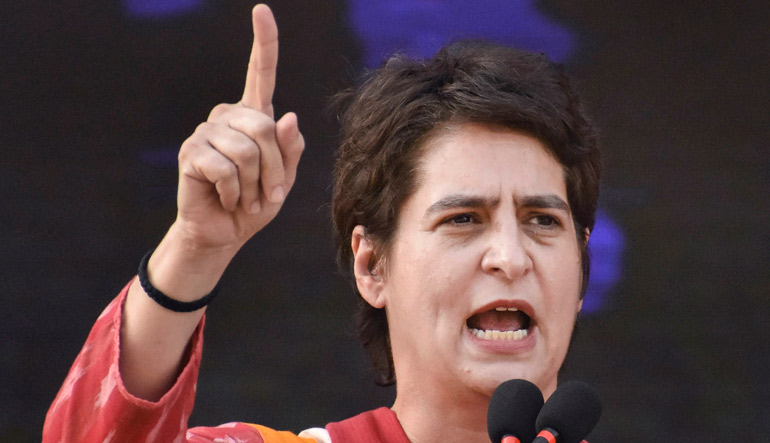 Congress leader Priyanka Gandhi Vadra, on Sunday, attacked the Uttar Pradesh government over the reported lathi-charge by police on a group of protestors in Lucknow, saying the Yogi Adityanath dispensation has become synonymous with misrule.

Her attack on the BJP government came over media reports that claimed the Lucknow Police, on Saturday evening, used batons on a group of protestors holding a candlelight march alleging irregularities in the 2019 Uttar Pradesh teachers' entrance test.

"The youth of UP, carrying the light of candles, were raising their voice saying 'give employment'," Priyanka Gandhi said.

But the Yogi Adityanath government which has become synonymous with misrule beat those youths with sticks, the Congress general secretary alleged.

She urged the youth not to let the "flame of the fight for the right to employment" go out.

"I am with you in this fight."

She also posted a purported video of the police baton-charge on protestors in Lucknow.