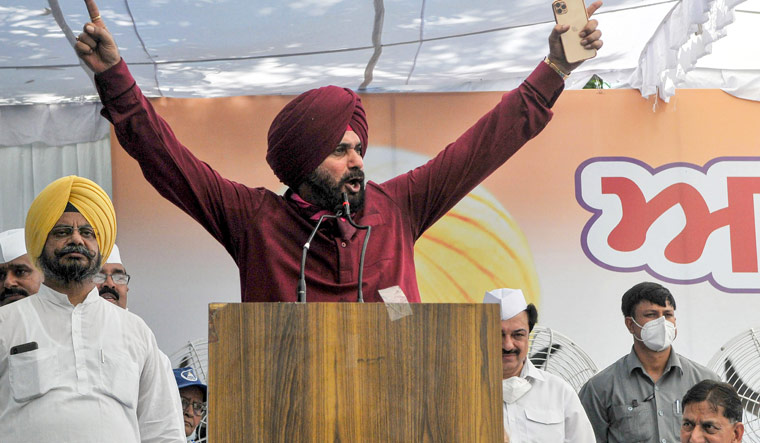 Mounting pressure on the Charanjit Singh Channi government in Punjab, state Congress president Navjot Singh Sidhu on Thursday threatened to go on a hunger strike if the reports on drug menace and the sacrilege incident are not made public.

"If the government does not open the drug reports, I will go on a hunger strike. We need to show why the previous chief minister (Amarinder Singh) sat on these reports. Now this government needs to open these reports,” Sidhu said, addressing a rally in Moga.

The intense tussle between Amarinder and Sidhu had paved the way for the former’s resignation from the chief minister’s post as well as from the Congress. However, Amarinder’s exit did not bring peace into the party’s state unit with Sidhu continuing his attack on the government over the drugs report.

A special task force which probed the drug menace has submitted its report to the High Court in sealed covers. However, Sidhu argued that the court has not barred the government from opening the report.

The former cricketer claimed that the chief minister of the state was changed in order to resolve the drug menace and the sacrilege of Guru Granth Sahib. He warned that he would continue to raise his voice until the government takes action.