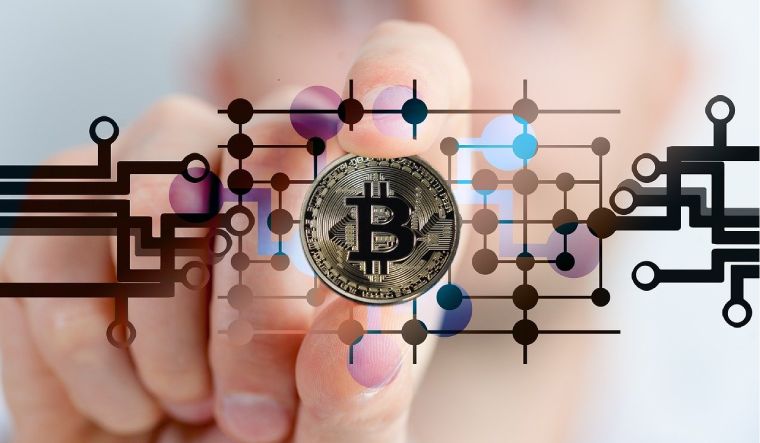 The Centre will introduce a cryptocurrency bill in the upcoming winter session of Parliament, along with announcing regulatory frameworks for digital currencies (CBDCs) issued by the RBI. The Cryptocurrency and Regulation of Official Digital Currency Bill, 2021, is listed for introduction in the Lok Sabha in the winter session, scheduled to begin from November 29.

Notably, there have been a rising number of advertisements, featuring even film stars, promising easy and high returns on investments in cryptocurrencies in recent times. Currently, there is no regulation or any ban on use of cryptocurrencies in the country. Against this backdrop, Prime Minister Narendra Modi, last week, held a meeting on cryptocurrencies with senior officials and indications are that strong regulatory steps could be taken to deal with the issue.

According to the Lok Sabha website, the bill seeks to "create a facilitative framework for the creation of the official digital currency to be issued by the Reserve Bank of India. It also seeks to prohibit all private cryptocurrencies in India, however, it allows for certain exceptions to promote the underlying technology of cryptocurrency and its uses".

No more details of the bill were provided.

The carefully worded synopsis actually raises more questions than answers. What would be the ambit of the government's regulatory powers? Which cryptocurrencies would be allowed to function?

They are virtual currencies without a central issuing figure like a sovereign bank or an institution; they can be anonymous and impossible to trace. Bitcoin is the cryptocurrency with the highest market dominance, followed by Ethereum. To understand cryptocurrencies is to understand the underlying technology—DLTs and blockchains.

What is a blockchain? In simplest terms, it is a decentralised ledger or a digital file—which cannot be amended under any circumstance—where there is no central authority for storage of data. It employs peer-to-peer mechanisms for data distribution.

Say User 1 wishes to transfer 20 units of a currency to User 2. In normal context, a bank acts as a central controlling unit and guarantees the transfer. In contrast, there is no centralised authority in blockchain. Instead, every user is in possession of the digital ledger.

All records are permanent; they cannot be retroactively amended, only appended. Since there is no single central repository, and as records are distributed among all the nodes, it is practically impossible to hack into. To recap, a blockchain in essence is DLT with a cryptographic consensus mechanism on top.

What are 'private cryptocurrencies' mentioned in the bill?

That is the million dollar question on everybody's lips. No such term as 'private cryptocurrencies' exist in the technical sense. Take the case of Bitcoin or Ethereum, the currencies with the highest market value and with the most name recognition across the globe. Both of these cryptocurrencies operate on a public ledger where anybody can participate, with all transaction details (although the wallet addresses are pseudonymous) in the public domain. Do they qualify as 'private' cryptocurrencies? Or, does the Centre actually mean cryptocurrencies like ZCash—which give the option of complete anonymity to all participants—or Monero, which stresses on the privacy aspect of transactions. Or, is the regulation actually targeting projects like Facebook's cryptocurrency Diem (which would directly challenge RBI's e-Rupee CBDC), which operates on a 'permissioned' blockchain, and which is selective in its choice of participants via KyC—a 'private' currency in every sense of the term.

Or, will the Centre go the other extreme, banning every cryptotoken in the market as they can all qualify as 'private' in some sense of the term, and paving the way for just a government-controlled Central Bank Digital Currency (CBDC) to be in play?

What are some of the infomation available on the public domain that could help decode the Union government's thought processes? The RSS-affiliated Swadeshi Jagaran Manch had earlier stated that the government should bring a law to recognise cryptocurrency transactions as an asset class and regulate it. In the statement, SJM co-convenor Ashwini Mahajan spoke about 'private virtual currencies', calling the concept as one that is at substantial odds with the concept of money. "No sovereign should allow private agencies to issue legal tenders or anything equivalent to it. Most of the bitcoins are mined in the dark web and we don't know who is the issuer. The monies do not represent any person's debt or liabilities. This crypto is not money. Certainly, it cannot be a currency. Globally, there are instances where bitcoins were used on the dark web to pay for guns, drugs and other illicit purposes," he added.

A few weeks back, Revenue Secretary Tarun Bajaj had said that the government is mulling changes in the income tax laws to bring cryptocurrencies under the tax net, with some changes that could form part of the Budget next year. Revenue Secretary Tarun Bajaj said that in terms of income tax, some people are already paying capital gains tax on the income from cryptocurrency, and in respect of Goods and Services Tax (GST) also the law is "very clear" that the rate would be applicable as those in case of other services. "We will take a call. I understand that already people are paying taxes on it. Now that it has really grown a lot, we will see whether we can actually bring in some changes in law position or not. But that would be a Budget activity. We are already nearing the Budget, we have to look at that point of time," Bajaj told news agency PTI in an interview.