The government did nothing to provide justice to his family, she said 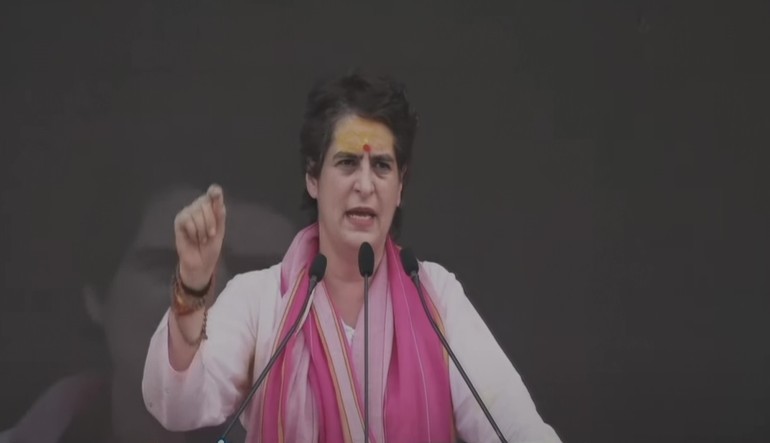 Congress general secretary Priyanka Gandhi Vadra, on Thursday, met family members of sanitation worker Arun Valmiki, who died in police custody in Agra, and alleged that the Uttar Pradesh government did nothing to help his family.

"Today, in Lucknow, I met the family of Arun Valmiki who was killed in police custody. The government did nothing to provide justice to his family. Instead of giving victims justice, this government (UP government) attacks them. I have promised the family that I will not let their voice be suppressed," Priyanka Gandhi said in a tweet in Hindi.

Valmiki died in police custody in Agra last month. While his family alleged he was killed, police said that he had died of a heart attack.

The sanitation worker was held by the police for allegedly stealing Rs 25 lakh from the 'malkhana' of the Jagdishpura police station, where he died. The police had claimed to have recovered a sum of Rs 15 lakh from his house in the Lohamandi locality.

Reacting to then SSP Muniraj G's claim of Valmiki's death due to a heart attack, his family members asserted that he died in police custody due to torture by the police.