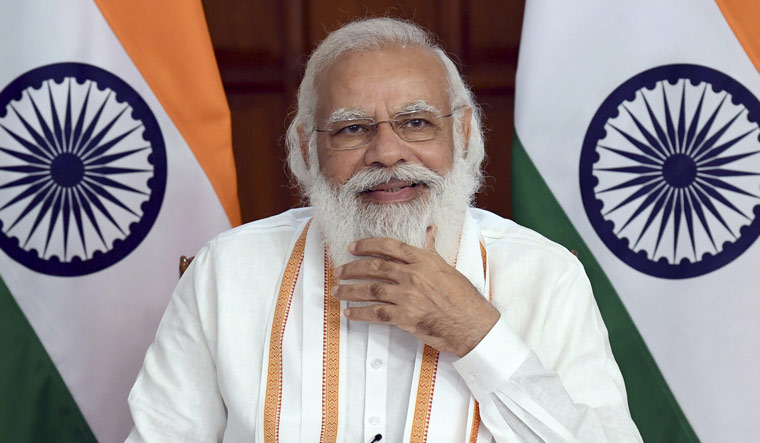 The BJP on Thursday firmly backed Narendra Modi government’s handling of economy in the aftermath of the COVID-19 crisis and said the Centre was taking all steps to ensure a high rate of economic growth.

Addressing a press conference, BJP spokesman on economic affairs Gopal Krishna Agarwal said the biggest risk to global and Indian economy was premature hardening of interest rates on account of inflationary pressure. He argued that India’s handling of economy was much better than other countries, which resorted to printing money and distributing cash doles.

“Oil and commodity prices are increasing across the world. US inflation is on a 30 year-high at 6.2 per cent. It is the result of economic policy followed by leading nations of the world in order to fight the economic fallout of COVID. Most nations followed large scale quantitative easing policies such as printing currency and helicopter money. These policies are now being termed as misplaced,” Agarwal said.

Talking about steps taken by the Centre to ease inflationary pressures, the BJP leader said, “Now that crude prices have increased post pandemic and there is fiscal elbow space, we have reduced excise duty on petrol and diesel significantly. This step has been taken to keep inflation under control and support growth in consumer demand.

“Government approach to inflation is such that it remains under control and there is head room for RBI to adjust monetary policy to expand demand. Government’s approach will ensure that RBI is not compelled for knee-jerk reaction to suck large-scale liquidity or increase benchmark interest rates,” Agarwal said.

“An important challenge emerging on the horizon is about tapering. It is reversal of Quantitative Easing (QE) policies being followed by the Central Banks of leading economies.”

He said the world has been through similar experience in aftermath of the global economic crisis of 2008. “The QE policies that was followed by US after 2008 Global Financial Crisis (GFC) was sought to be reversed in 2013.”

Agarwal hit out at the then UPA government for mishandling the situation when QE policies were to be reversed.

“The macro-economic situation of India at that time under the economist PM Manmohan Singh had worsened so much that India experienced foreign exchange crisis and was on the verge of debt default, due to faulty policies followed by his government post GFC. We had to face the humiliation of being a part of fragile five economies of the world in 2013. Leading central banks once again are going to reverse the QE policies followed in the wake of COVID-19 crisis. But because of the sound economic policies of Modi government, we are very comfortably placed to handle the effect of tapering.”

The BJP also hit out at nine opposition-ruled states which did not reduce excise duty on petrol and diesel after the Centre did so. “The reduction in excise by our government will have the effect of releasing about Rs 44,000 crores from central excise reduction and another Rs 9,000 crore plus Rs 35,000 crore from reduction in VAT by NDA-ruled states, in the hands of domestic consumers, boosting demand.