Chhattisgarh: Abducted sub-engineer released after a week by Maoists at Jan Adalat

Lakda's wife, who was souring forests with her toddler, was present during release 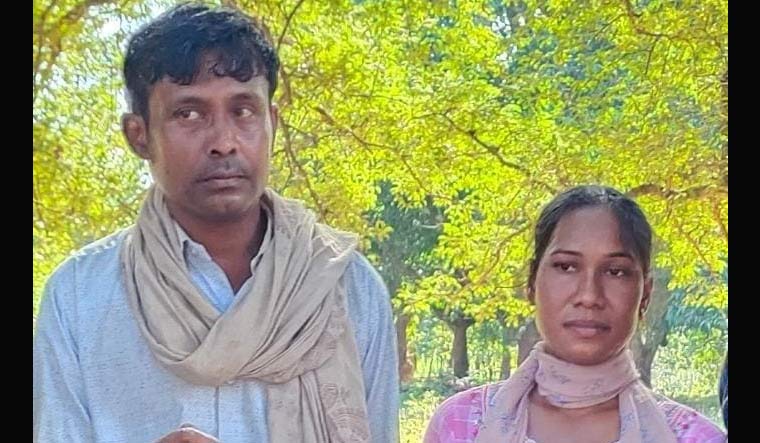 Lakda's wife Arpita, who had been scouring the forests near Gorna-Mankeli road from where he had been abducted for the past one week along with her toddler son, was also present when the sub-engineer was released around 3 pm, local sources said. Police were not involved in the release process at all, they said.

The Maoists are said to have opposed the setting up of police/paramilitary camps in the interior areas and construction of roads and bridges, during the Jan Adalat attended by a considerable number of people from nearby villages, sources said.

The sub-engineer was abducted on November 11 along with a class IV employee of his department when the duo went on an inspection visit on the Gorna-Mankeli road, which is an extremely sensitive area as far as Maoists' presence is concerned. The class IV employee, Laxman Paratgiri was released the next day, but Ajay Lakda remained in captivity.

“Tribal community members including those of Sarv Adiwasi Samaj and local government engineers' association had called for the release of the sub-engineer. Importantly, Lakda's wife Arpita continued to scour the forests for her husband, carrying her three-year-old son and constantly issued appeals for his release,” local journalist Jeevan Sirsan told THE WEEK.

He said that on Wednesday, a group of about a dozen people including local journalists and community members along with Arpita went to the Jan Adalat called by the Maoists, where the sub-engineer was released.

It could not be confirmed, till the filing of this report, whether the kid of the Lakda couple was present during the release. Videos of the teary couple consoling each other during the adalat went viral on social media, though the kid was not seen.

While appealing for his release, Arpita had said that her husband was a simple man and had done no wrong. She also said that he was the only bread earner for the family including his old mother, herself and the kid.

Sirsan said that the sub-engineer was not in a position to communicate much after the release and left for Bijapur along with those involved in his release. Earlier, after his release, Paratgiri had told media persons that the Maoists had kept him blindfolded throughout his over 24-hours stay with them. They gave him food and kept on moving him to different spots. He was also separated from Lakda following the abduction, Paratgiri had said.

In April this year, the incident of Maoists holding CRPF personnel Rakeshwar Singh Manhas hostage after a gunfight and then releasing him at a Jan Adalat in the presence of media and mediators named by them in Maoist-infested Sukma district, had made national headlines. During the gunfight with Maoists on April 3, a total of 22 CRPF personnel had been killed near the Tarrem camp.