How will Mamata the finance minister address Bengal's financial woes?

The major challenge for Banerjee would be to increase revenue 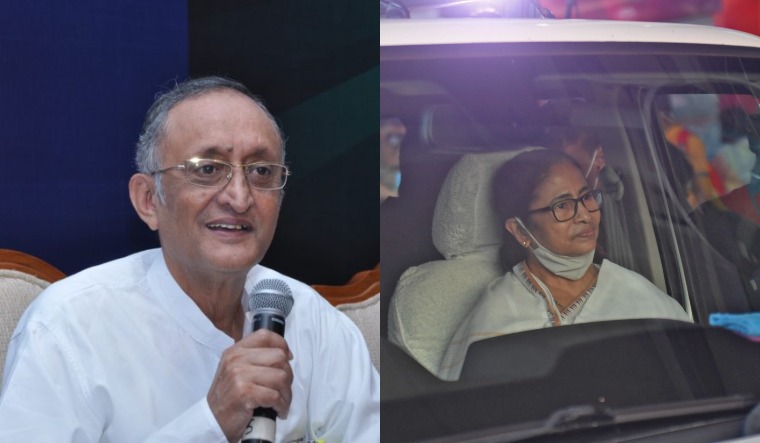 The taking over of the finance portfolio in West Bengal by Chief Minister Mamata Banerjee has raised several eyebrows.

Former state finance minister Amit Mitra will be her adviser. Interestingly, he was her adviser when Banerjee was the railway minister in the Atal Behari Vajpayee and Manmohan Singh governments. Banerjee's railway budgets had the touch of Mitra, who was then secretary general of apex business chamber FICCI.

A Bachelor of Arts and LLB, Banerjee’s understanding of finance is limited. Her previous outbursts against two prime ministers—Manmohan Singh and Narendra Modi—indicated that. She wanted financial independence for the state and wanted a bailout package from the Union government on a huge loan. She even asked the Union government to allow the state to borrow freely.

Uninterrupted borrowing for the states will cause the collapse of national economy. The Indian financial indicator is always maintained by the ministry of finance and RBI. The Union government has the responsibility to maintain equitable distribution of resources. Special category states are given impetus by the Union government. To be precise, states cannot even afford to have a fiscal deficit. However, the state can still earn revenue and levy taxes.

CMs like Banerjee, who rely heavily on popular schemes and doles, are reluctant to even impose water tax. The West Bengal CM has, for the last 10 years, only put a surcharge on tobacco!

The state, as a result, has a ballooning debt. Even when Mitra canvasses the state's high GDP theory, debts have crossed Rs 6 lakh crore. When Buddhadeb Bhattacharjee left office in 2011, the debt was Rs 1.93 lakh crore.

So, the major challenge for Banerjee would be to increase revenue, which is possible only if the state opts for massive manufacturing growth, which her predecessor Bhattacharjee tried to do. He was successful partially but the process of industrialisation failed him miserably. Under Banerjee and Mitra, there has been some growth in the MSME sector. Bengal’s earning from excise and GST is around Rs 80,000 crore and annual budget is Rs 3 lakh crore. All earnings, virtually, goes to salary and pension payment. Increased industrial production (of course, Left should take credit for that), along with spending on roads and rural development lifted the growth to some extent. But that cannot change the lives of the poor and generate employment in the state unless the state has revenue growth. Bengal, in that sense, is the worst among the highly populated big states of India.

“I think Mamata Banerjee’s major policy thrust is the populist schemes she has undertaken since 2011. Now, to make those successful, she needs money. But unfortunately, there is no other option left for the government but to go for industrialisation. In the last 10 years, there has been a jump in revenue collection due to e-governance. But that is a one-time jump and cannot recur every year. This is going to be the biggest ever challenge for her,” said Abhirup Sarkar, professor of Indian Statistical Institute and former member of survey committee of RBI.

However, Sarkar is not ready to blame Banerjee alone.

“A finance minister’s role is to look after the financial health of the state. He or she is not responsible for the industrialisation of the state. There are other people who would have to be more proactive in bringing investment,” he said.

Ironically, Sarkar was approached by Banerjee to take charge as the finance minister, but he declined. He also refused to comment on it.

Interestingly, Mitra used to be industry minister, while holding the finance portfolio. Months before the last assembly election, he quit as industry minister.  TMC heavyweight Partha Chatterjee replaced him.

The industrial community of Bengal is yet to react to Banerjee taking over as the finance minister. Three senior industrialists of Bengal did not react to the questionnaire sent by THE WEEK.

The fourth one said, “For industries, you need land at the chosen area, not where the government wants. Also, one needs a political environment without violence, and ransom seekers should be kept at bay. This is why Haryana, Karanataka and Tamil Nadu scored over Bengal. Don’t forget these three states also have a lot of farmland like Bengal.”