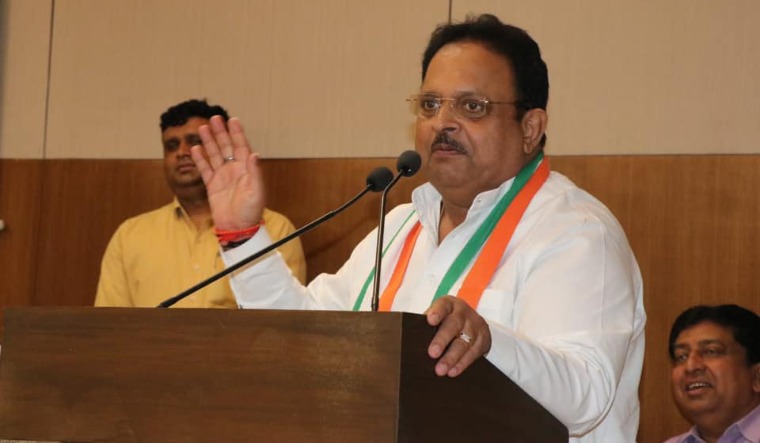 The new AICC in-charge of Gujarat Raghu Sharma may have hit the ground running by meeting leaders of different factions in the state unit of the party. However, he has his hands full in attempting to strike a balance between the Congress veterans in the state and the younger set of leaders, especially with regard to the appointment of the new state Congress chief.

Former Rajasthan deputy chief minister Sachin Pilot was said to be in the reckoning for the post of AICC in-charge of Gujarat, but Sharma became the surprise pick. Sharma, who is Rajasthan’s health minister, has many challenges including filling up the crucial posts of state unit president and leader of opposition. These posts have been lying vacant for several months since Amit Chavda and Paresh Dhanani resigned following the party's debacle in the local body polls. They were asked to carry on as PCC chief and CLP leader, respectively, till their replacements were appointed.

The central leadership is learnt to be keen on effecting a generational change in the state, and young leader Hardik Patel, who is the working president of Gujarat Congress, is among the frontrunners for the post of PCC president. It will be a challenge for Sharma to get former state Congress presidents Bharatsinh Solanki and Arjun Modhwadia to agree on it.

The Rajasthan health minister has big shoes to fill since his boss in Rajasthan, Chief Minister Ashok Gehlot, had as party in-charge of Gujarat, crafted a highly successful strategy to take on the BJP in the previous Assembly election in 2017, managing to turn the polls into an extremely close contest.

Sharma is known to be close to Gehlot, and it is believed that through his health minister, the Rajasthan chief minister may also have a role to play in Gujarat politics.

Sharma had said in a press conference recently that while he had not discussed Gujarat with Gehlot in detail, if needed, he will take learnings from Gehlot's experiences of having handled the Congress's affairs in the state.

Sharma had landed in Gujarat barely a day after his appointment as AICC in-charge and held meetings with state leaders. However, a major challenge before him is to take all factions along and reinvigorate the state unit. The morale of the Congress in Gujarat is quite low after a series of electoral debacles and as a result of several leaders leaving the party in recent years.

Sources close to Sharma point out that he has worked in Gujarat districts close to the Rajasthan border. He had also accompanied late Congress leader Sunil Dutt to the state during his Dandi Yatra in 2005.