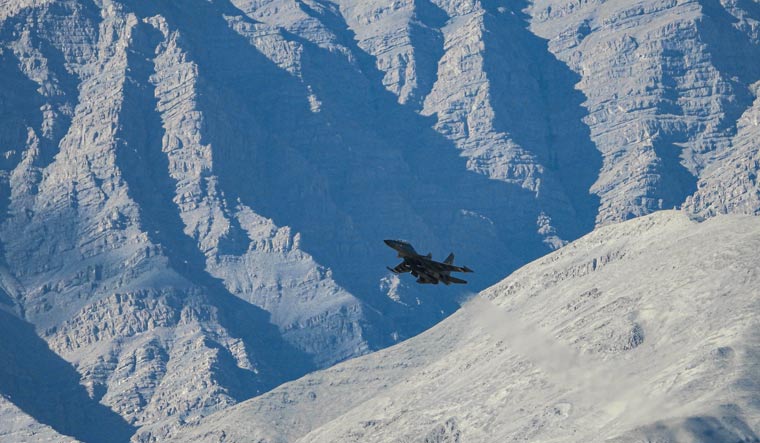 Amid the ongoing impasse between India and China over the military standoff in eastern Ladakh, the Indian Army is enhancing its surveillance capabilities to keep a close eye on the People's Liberation Army (PLA) movements.

Besides setting up an aviation brigade, looking after the China border, the army is deploying its wide range of surveillance cameras, sensors, radars, motion detectors and drones. These assets are capable to check the movements not only on the border, but also deep inside the enemy territory.

India and China have been engaged in an 18-month long military standoff on the icy heights of eastern Ladakh and multiple rounds of military and diplomatic talks have failed to bring peace on the border.

In the last Corps Commander-level talk, which was the 13th in the series, went without any breakthrough after China accused India of making “unreasonable demands” in response to the army's constructive suggestions for resolving the dispute.

It means troops from both sides will have to spend harsh winters, where the temperature dips to minus 30 degrees, for the second successive year. India has deployed more than 60,000 troops on the eastern Ladakh to counter any aggression by the Chinese military.

The Chinese military has stationed its long-endurance unmanned aerial vehicles in the Tibet autonomous region to boost its intelligence, surveillance and reconnaissance, prompting the Indian side to step up their surveillance assets, too. Heron drones from Israel, electronic radars and air and ground-based sensors for real-time inputs of movements are being deployed by the army under its eastern command, which overlooks the Line of Actual Control (LAC) in Sikkim and Arunachal Pradesh.

The army maintains that it's not possible to monitor every inch of the LAC, as it would require massive deployment of troops. However, Artificial Intelligence (AI) and air and ground-based sensors will help the Army scan the LAC.

India is also in the process of procuring armed drones from the United States. With these drones, the military will be able to launch remote control operations like cross-border strikes or engage with targets on the borders. Besides, under Project Cheetah, the Indian Air Force (IAF) is finalising its plan to upgrade its existing fleet of Heron drones for offensive missions. As per the plan, the Medium Altitude Long Endurance Israeli Heron drones, which are in service with the IAF, Army, and Navy are being upgraded to be armed with laser-guided bombs, air to ground and air-launched anti-tank guided missiles. The IAF, which is the lead agency for the project, is expected to spend close to Rs 5,000 crore for the upgrades.

India first got a UAV back in 1996 when the Army acquired an Israeli Searcher MKI. Indian military currently operates a fleet of Israel's UAVs along with indigenously built Nishant and Rustom drones for surveillance and intelligence gathering.

Since early 2020, the Chinese military has been carrying out massive infrastructure development work along the border in terms of airstrips, rail and road network to border towns like Nyngchi, accommodation and other activities for its soldiers. Interestingly, in the recent past, several Chinese top leaders, including President Xi Jinping, have visited Tibet and Xinjiang region. Moreover, commanders of the western theatre, responsible for the border with India, were also changed multiple times in the last one year.