So far, 97 crore vaccine doses have been administered across the country 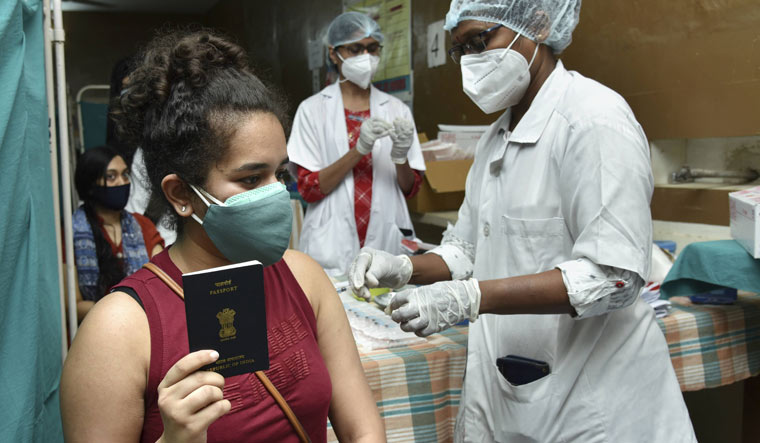 As India is inching closer to administering 100 crore COVID-19 vaccine doses, the government is planning to celebrate the milestone with unfurling of national flag and announcements in public places.

Union Health Minister Mansukh Mandaviya, in a tweet on Thursday, noted that so far 97 crore vaccine doses have been administered across the country.

"The nation is rapidly approaching the 100 crore vaccination mark! 97 crore #COVID19 vaccine doses administered to date. Keep it up India, let us fight corona," he said in the tweet.

The Union health minister had recently said India will cross the 100 crore mark in the  last week of October.

According to news agency ANI, the health minister said announcements will be made at seaports, railway and bus stations, metro stations and airports at the time India completes 100 crore inoculations.

Besides, the national flag will be unfurled at the North and South Block in New Delhi to mark the occasion, reported NDTV.

"After 100 crore doses is achieved, we will go in mission mode to ensure that those who have taken their first dose take their second dose too to ensure they are protected against COVID-19," the minister told reporters.

Mandaviya said that Spicejet will wrap planes with posters of one billion vaccine with images of Prime Minister Narendra Modi and healthcare workers on the day the target of 100 crore doses is achieved.

The government is planning to showcase the success of vaccination drive as a major achievement in the battle against the pandemic. The BJP has reportedly directed its ministers, elected representatives and party functionaries to attend various events organised at different parts of the country to mark the occasion.

Meanwhile, India resumed export of vaccines with the government sending supplies to Nepal, Bangladesh, Myanmar and Iran. External affairs ministry spokesperson Arindam Bagchi said the government has decided to send the supplies to the neighbourhood initially.

The government had suspended exports of COVID-19 vaccines in April to focus on inoculating its own population following a sudden spike in infections.

Last month, Mandaviya announced that India will resume the supplies to other countries.