I have full faith in party high command, says Sidhu after meeting with party Cong leaders

Sidhu said he expressed his concerns to party leadership 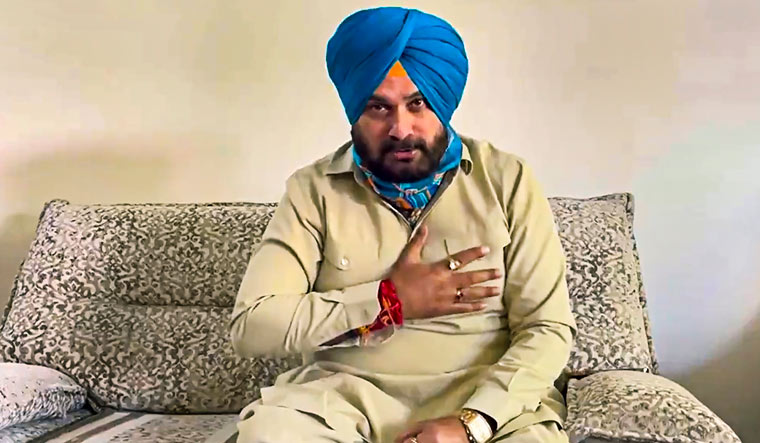 Punjab Congress chief Navjot Singh Sidhu, who met party leaders  K.C. Venugopal and Harish Rawat in Delhi on Thursday amid the continued factional feud in the state unit of the party, said he has full faith in party leadership.

Sidhu said he expressed his concerns to party leadership and added that he will follow their directions.

“I expressed my concerns regarding Punjab and Punjab Congress to party high command. I have full faith in the Congress president (Sonia Gandhi), Priyanka ji & Rahul ji. Whatever decision they will take, it will be for the betterment of Congress and Punjab. I will follow their directions," ANI quoted him as saying after the meeting.

Sidhu was made the Punjab Congress chief in July despite strong opposition from the then chief minister Amarinder Singh.

However, last month, Sidhu had resigned as the Punjab Congress chief and also had raised a question over the appointments of director general of police, state's advocate general and “tainted” leaders. Later, the party decided to form a coordination panel for consultation before making any major decisions by the Charanjit Singh Channi-led government.

Speaking on the truce between CM Channi and Sidhu,  Harish Rawat had said, "Navjot Singh Sidhu and Charanjit Channi have spoken on some issues, a solution will emerge...there are some things that take time."