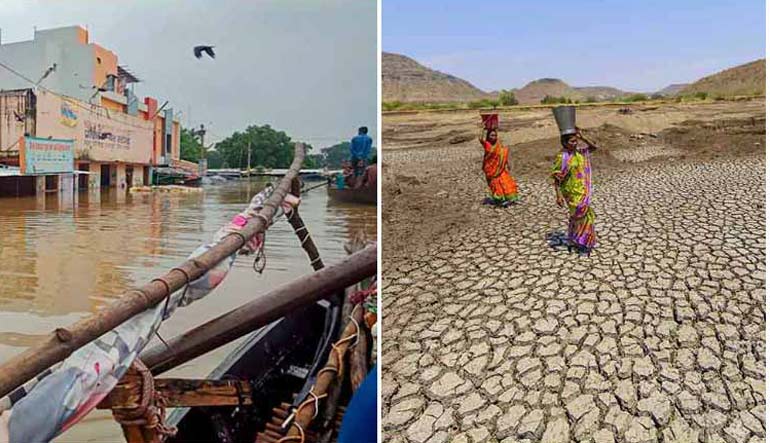 While on average, Madhya Pradesh  received normal rainfall at the official close of the rainy season of 2021 on September 30, the distribution of  rainfall was highly uneven during this season.

While the Gwalior-Chambal region in the northwest emerged rain-flush—as indicated by the massive flood earlier in August—the Bundelkhand-Baghelkhand-Mahakoshal region in eastern MP has been left quite high and dry, data released by the Bhopal Regional Meteorological Centre (RMC) shows.

The data shows that overall; the state received 945.2 mm of rainfall against the expected 940.6mm between June 1 and September 30 (official rainy season). However, the district wise rainfall break-up presents a very different picture. A total nine districts out of 51 in the state—most of them in Bundelkhand-Baghelkhand-Mahakoshal region—have received deficient rainfall (20 per cent or more below normal). Another 12 districts have also received less than expected rainfall, though meteorologically they fall in the normal bracket (plus or minus 19 per cent).

In all, 20 districts have received rain just over the normal expected amount (up to 19 per cent above normal) and thus fall in the normal category too.

The highly uneven rainfall has been a cause of worry for farmers as well as for planners. While one region was hit by floods and faced crop, property and infrastructure losses, other regions are seeing crop damage and looming water scarcity due to poor rainfall. Also, the fact that Bundelkhand and Baghelkhand are traditionally drought-prone areas makes the poor rainfall situation here more worrying.

Three major cities of Bhopal (+2 per cent), Indore (+1) and Gwalior (-4 per cent) have received very close to normal rainfall for the season.

Though the withdrawal of southwest monsoon of 2021 is yet to commence, any rainfall outside the June 1 to September 30 period is not considered under the seasonal rainfall head by the Indian Meteorological Department.

The IMD has predicted that monsoon will start withdrawing from October 6 from the northwestern corner of the country. Spokesperson for Bhopal RMC, G.D. Mishra said that the withdrawal from Madhya Pradesh might be expected by October second week. Meanwhile, spells of light to moderate rainfall are expected in different parts of the state.