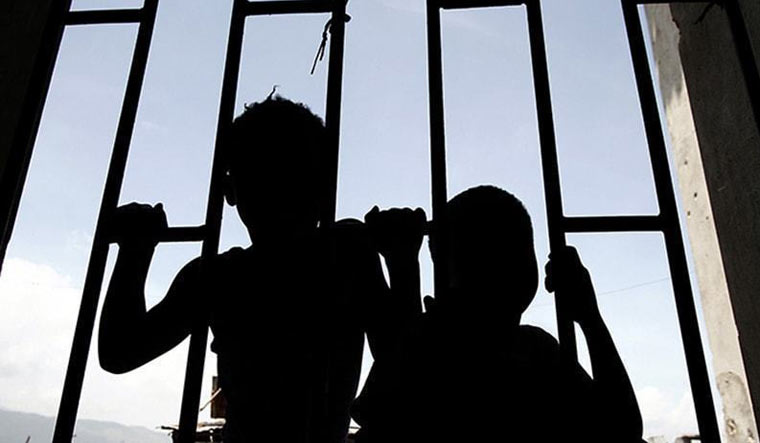 Child marriage cases went up by 50 per cent and cases of online abuse of children by a whopping 400 per cent during the pandemic year (2020), an analysis of crimes against children data, released by National Crime Records Bureau (NCRB) for year 2020, by the organisation Child Rights and You (CRY) showed.

The CRY analysis further showed that as much as 80 per cent of the crimes against children fell in two categories – kidnapping and abduction (42.6 per cent) and crimes under the Protection of Children against Sexual Offences (POCSO) Act (36.7 per cent).

More than 40 per cent of all crimes against children were sexual offences recorded under POCSO, different provisions of the Indian Penal Code and the Immoral Trafficking Prevention Act, 1956.

Besides, the analysis showed that though the overall cases of crimes against children went down during the pandemic year compared to previous years, 1,28,531 cases were recorded in 2020, which meant that each day over 350 crimes were committed against children in the country despite the pandemic. A drop of 13.3 per cent in total cases was recorded compared to 2019 when 148,185 cases were reported.

However, further analysis of the decadal trends suggest that crimes against children in India have increased steeply by 381 per cent in the decade 2010-2020. Over the same time, the number of overall crimes in India decreased by 2.2 percent.

The analysis showed that the number of cases recorded under the Child Labour (Prohibition and Regulation) Act, 1986, saw a decline of around 38 per cent, from 770 cases in 2019 to 476 cases in 2020. However, this is in contrast to the recently released ILO global estimates on child labour 2020 report which states that there were 16.8 million more children within the age-group of 5 to 11 years in child labour in 2020 than in 2016.

“Therefore, this decline needs to be seen in the light of reporting and recording of cases before drawing conclusions regarding progress related to addressing child labour in India,” the analysis stated.

In another important aspect, since there were restrictions on socialising in-person, and teaching shifted online, there was a corresponding rise in time spent by children online, making them vulnerable to online abuse and exploitation, as the whopping 400 per cent increase showed. A recent CRY study conducted among parents/caregivers showed that a majority (88 per cent) of the respondents reported an increase in their children’s screen time during the pandemic, the analysis report said.

A state-wise analysis shows that Madhya Pradesh (13.2 per cent), Uttar Pradesh (11.8 per cent), Maharashtra (11.1 per cent), West Bengal (7.9) and Bihar (5.1 per cent) account for nearly half of total crimes against children (49.3 per cent) in India. Compared to NCRB 2019, the only change in the list of top five states is that West Bengal has replaced Delhi while seeing a sharp increase in cases by more than 63 per cent.

Commenting on the trends, Priti Mahara, director, Policy Research and Advocacy, CRY India said, “Experiences during humanitarian crises have revealed that issues of child protection tend to get exacerbated. School closures during COVID-19, mobility restrictions to contain the spread of the pandemic, coupled with the economic slowdown, disproportionately impacted livelihoods and household economic and food security of marginalised families. Therefore, it was highly likely that it contributed to increasing children’s vulnerabilities to child labour, child marriage, child trafficking as well as cases of gender-based violence.”

She further said recently, the National Commission for Protection of Child Rights (NCPCR) informed the Supreme Court that more than one lakh children were abandoned, became orphans or lost one of their parents due to COVID-19 or other reasons between April 1, 2020 and August 23, 2021. “Since there are more than one lakh children added to the existing vulnerable child population, it is of paramount importance that stringent measures are to be followed so that these children are protected from being approached by the perpetrators,” Mahara said.