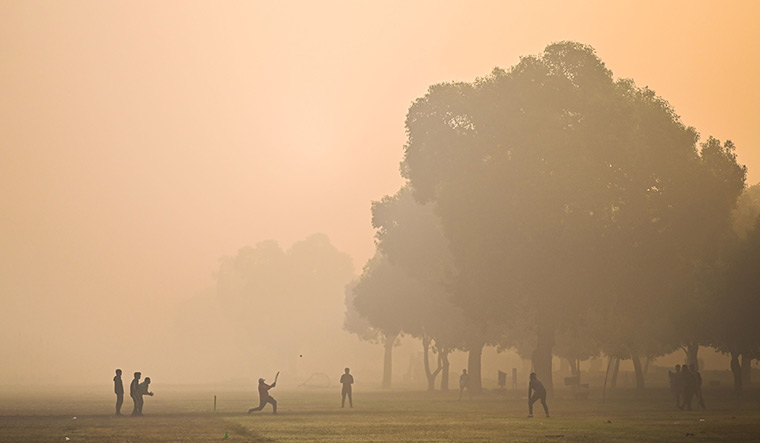 An estimated 57,000 premature deaths in Delhi during 2020 can be attributed to air pollution, Greenpeace India said on Wednesday, revealing the city's annual average air pollution levels exceeded the WHO's 2005 air quality guidelines (AQG) by nearly eight times and the new AQGs 17.4 times.

Analysing the new AQGs of the World Health Organisation, Greenpeace India said at least 79 of the world's most populous cities breached the 2005 WHO annual mean PM 2.5 guidelines in 2020.

"Greenpeace India's analysis of PM 2.5 data aggregated by IQAir found that at least 79 of the world's 100 most populous cities breached the outgoing WHO annual mean PM 2.5 guidelines in 2020. In Delhi, city-wide annual average air pollution levels exceeded the 2005 WHO guidelines by nearly eightfold in 2020, the highest margin of all cities in the dataset. Greenpeace researchers estimate that 57,000 premature deaths in Delhi during 2020 can be attributed to air pollution," it said.

Greenpeace said for eight of the 100 cities, PM 2.5 data for 2020 was unavailable due to a lack of government disclosure or monitoring.

“The remaining 13 cities met the guidelines on a city-wide scale according to IQAir data, but hotspots within all 100 cities likely exceeded the guidelines locally, for example in locations close to busy roads or industry,” it said.

The WHO Wednesday updated its air quality guidelines for the first time in 15 years.

“In most parts of the world, it is more cost-effective to develop renewable energy sources than to keep burning coal, oil or gas, even before taking the economic burden of air pollution into account. At this point, addressing air pollution is a question of political will, not technology,” Chanchal said.