Yediyurappa hits back, says “I stepped down on my own” 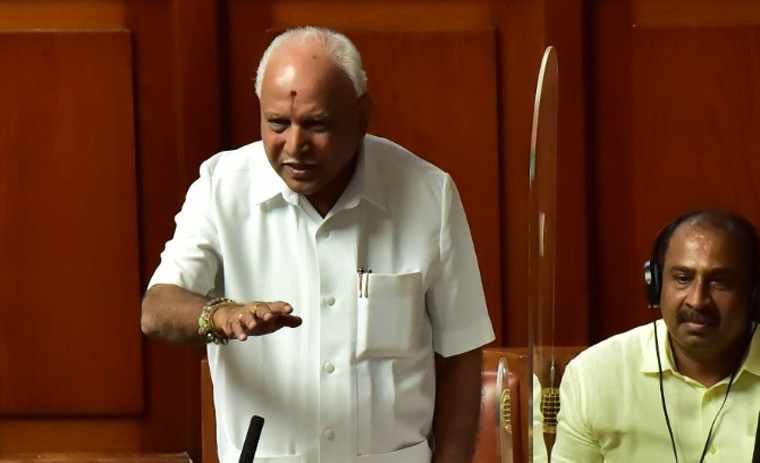 The Karnataka Assembly on Monday witnessed Leader of Opposition Siddaramaiah, Chief Minister Basavaraj Bommai and former chief minister B.S. Yediyurappa engaging in a war of words over Yediyurappa's resignation from the CM post.

During a discussion on fuel price hike, Siddaramaiah pointed out that Yediyurappa who hardly smiles was all smiles. "Perhaps, he is laughing at the CM's reply," taunted the Congress leader.

Yediyurappa, who has been unusually quiet in the House these days and sits in the last bench, surprised everyone when he rushed to Bomnai's defence.

"I have not heard such a wonderful speech in recent times. It was a comprehensive answer with lots of facts and figures. I congratulate him for it," said the veteran leader who stepped down as the CM on July 26.

Former Speaker Ramesh Kumar intervened saying, "We all must congratulate you (Yediyurappa). What a decision (to step down). The rest of the spectacle will unfold soon," said the Congress leader indicating the change of guard would eventually create trouble in the BJP.

Siddaramaiah said it was Yediyurappa's greatness that he was praising Bommai's speech, while no one in the BJP has ever praised Yediyurappa. "It is natural for Yediyurappa to praise Bommai as it was he who chose Bommai as the CM. Parents love their offspring even if it happens to be a bandicoot. You(Yediyurappa) too used to make good speeches as the opposition leader and as CM too," said Siddaramaiah.

A provoked Bommai hit back saying there were bandicoots in the Congress too. The CM also said BSY was beyond comparison.  "Don't compare me to the veteran. Yediyurappa has been appreciated not just in the House but across Karnataka.

However, an unrelenting Siddaramaiah accused the BJP of "mercilessly removing" Yediyurappa from the CM's post though the people were patting his back in appreciation.

Yediyurappa protested saying, "On July 26, I stepped down on my own to make way for others. All my party leaders have appreciated my gesture. I am confident Bomnai will complete his term and the BJP will win the next elections with a clear majority and once again ensure that you sit in the opposition benches in this House."