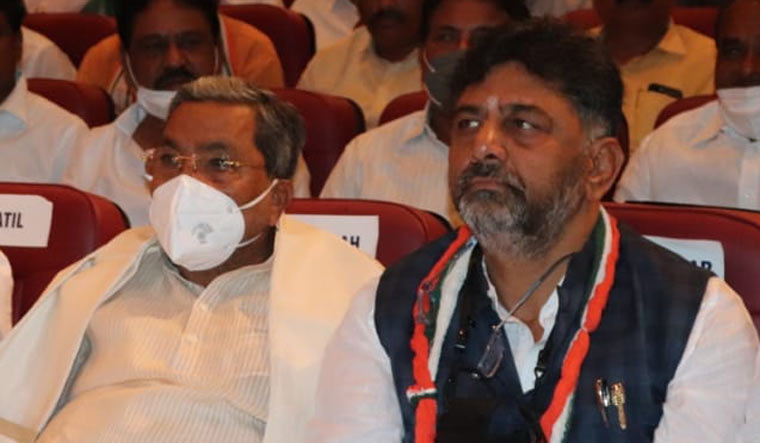 The 10-day monsoon session of the Karnataka legislature that begins on Monday is all set for a stormy start as the opposition parties hope to corner the ruling BJP over the fuel price hike, alleged corruption in COVID management, temple demolitions, crumbling infrastructure and the collapse of law and order (following incidents of murder, dacoity and Mysuru gangrape).

The Congress party is planning to target the government, demanding tabling of the caste census conducted by the Kantharaj Commission.

Congress Legislature Party leader Siddaramaiah and KPCC chief D.K. Shivakumar are leading a 'Vidhana Soudha Chalo' protest rally by riding on bullock carts from their respective residences to the assembly, despite the prohibitory orders (section 144) being imposed around the secretariat complex till September 24.

Meanwhile, Chief Minister Basavaraj Bommai, who will be facing the first legislature session as the head of state, has convened a legislature party meeting at 6:30pm to discuss the strategies to counter the opposition charges. He will leave for Ahmedabad at noon to attend the swearing-in ceremony of Bhupendra Patel, the chief minister designate of Gujarat.

Shivakumar, who hopped on a bullock cart from his Sadashivanagar residence to take part in the rally, along with party leaders and partyworkers, dubbed the BJP government as 'pickpocket sarkar'.

"The BJP government is pickpocketing the common man. The fuel and cooking gas prices have skyrocketed. But, has there been any increase in the salaries or income? On the contrary, people are losing their jobs, suffering loss of livelihood and income. The petrol price should be brought down to Rs 75 per litre immediately."

The leader of opposition Siddaramaiah had led a huge rally from Kumara Krupa road (residence), accompanied by senior Congress leaders.