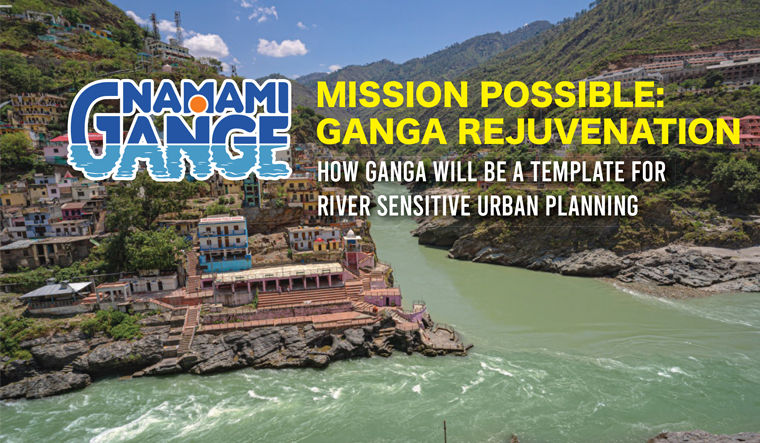 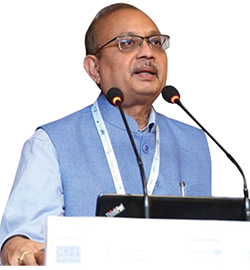 Seven years ago, when the Namami Gange mission was launched as a flagship project of Prime Minister Narendra Modi, the country’s most revered river was a toxic cocktail of pollutants, with tonnes of untreated sewage and effluents being pumped into it daily, while more than half the river’s water was being extracted, mainly for irrigation. The result was a massively polluted and sluggish river, where a once rich biodiversity was struggling to survive.

The initial years of the Mission were spent in ensuring that pollutantsstopped flowing into the river freely. Setting up sewage and effluent treatment plants (STPs and ETPs) all along the river was the first major intervention. The National Mission for Clean Ganga (NMCG) Authority came up with innovative ways to ensure that unlike previous attempts, these plants would not go defunct for want of funds or spares a year or two after commissioning. Innovative approaches like including a 15 -year Operation and Maintenance cost into the project cost itself, hybrid annuity and public-private partnership for the first time in waste water management , as well as the one - city-one operator approach have helped ensure a better track record for these plants. With the authority footing 40 per cent of the capital cost and the private operator having to recover 60 per cent over the 15 year annuity, he remains vested in running the plant. Creating a market for treated water was another incentive for treatment plant operators.

In states like Uttarakhand and Jharkhand, this capacity building task is nearly done, in other states, it is at various stages of completion. The other rivers of the Ganga basin –Yamuna, Ram Ganga, Kali, Saryu, Gomti, Gandak, Damodar, Son etc are getting their STPs and ETPs, on the same model.

However, the Mission itself now has moved into the next stage, where the focus is on approaching urban planning from the river’s point of view. Over the last one year, the thrust has been on planning for ``River Cities’’, an idea which Prime Minister Modi elaborated upon in 2019 when he called for a new thinking for river cities, saying there was need for residents to ask what they could do for the river. As Rajiv Ranjan Mishra, Director General, NMCG, says, ``The master plan of the city itself has to be river sensitive, taking into consideration the river, its basin, floodplains.’’ Indeed only when floodplains are no longer dumping groundsfor construction debris and wetlands are allowed to remain as such, does a river get the chance to live beyond the strict confines of its channel. These water bodies recharge a river when the monsoon recedes, maintaining that vital ecological flow or aviralta. While Ganga remains the main focus, the template is the same for just about any river in the country, whether it is the Barak in the North East or Cauvery in South India.

The NMCG, with its various partners, like the Wildlife Institute of India, WWF-India, Centre for Science and Environment, Centre for Environment Education is now also playing an advocacy role in the sphere of ecological regeneration, people connect and urban river management. In 2019, along with the National Institute of Urban Affairs, it began a project for looking at river city interactions and drafted a strategic framework called Urban River Management Plan.

There is a plan to have an alliance of all the Ganga Cities, and then, to have international river city alliances, so that there can be shared experiences on planning as well as river use by cities. Most Indian cities have scant connection with the rivers that flow through them, while elsewhere, rivers form an important feature in the city’s commute, economy and recreation. The efforts at cleaning the ghats of Varanasi and creating a river front promenade in Patna are ways of making the Ganga more a part of the people’s everyday lives.

While the Mission is working towards building urban bonds with the river on the one hand, on the other, it is working on the Ganga’s biodiversity, mapping everything from the unique microbesto the flagship resident,theGangetic dolphin. Along with otherinstitutes like the Central Inland Fisheries Research Institute, Barackpore, the Authority has launched many projects to map the riverine fauna and flora, and also to conserve them. The hilsa fish, for instance, had its eons-old migration path blocked by the Farakka barrage, now simple interventions called ``fish ladders’’ have helped it to swim upstream. Researchers are also introducing fish spawn and fingerlings to traditional nursery sites, which had become inaccessible to the fish over time due to human interventions. Hilsa now has been sighted as far upstream as Buxar, on the UP-Bihar border. The Gangetic dolphin is sighted as far upstream as Narora, and in Bhagalpur, the sightings draw crowds of people to the riverfront routinely. Sightings of juveniles show that the populations are thriving. Flamingoes are flocking to the Chambal, the Indian Skimmer not seen since the 1970s, is being regularly sighted, too. A reason to smile, for sure.

A river is not just a body of water. It shapes the land it flows through, and also cultures. NMCG has embarked upon an interesting project with INTACH for a cultural mapping along the entire length of the river. This will include an inventory of the built in heritage – forts, temples, other edifices, the natural heritage – waterfalls, ox bow lakes, even interesting individual trees and the intangible heritage of arts, craft and music. ``We will have inventories for all the 52 districts by next year,’’ says Mishra. This map should certainly help in developing tourism, handicrafts and livelihood opportunities along the river.

The most important task, Mishra, however, says, is of engaging the people of the river, with the river through programmes like Ganga Quest Quiz, travelogues like Rag Rag Mein Ganga on DD National, Cleanathons, Ganga Utsav etc. NMCG has worked at creating cadres of trained volunteers – Ganga Praharis (over 2,000) and Ganga Doots (over 20,000). These are men and women from different walks of life, ranging from students to professionals to villagers. They keep an eye on the river, and are a corps of trained and willing people, ready for induction into any river-related project. One of the most heartening moments was when some Ganga Praharis stopped fishermen in Bengal from killing the Gangetic dolphins. Some have learnt to wield a camera, some take visitors on boating trips for up, close and personal encounters with riverine fauna. One has even become a village sarpanch. ``Governments can only catalyse change, the ownership over the river has to be with the people,’’ says Mishra.