The Army will join the operations today with some advanced machines 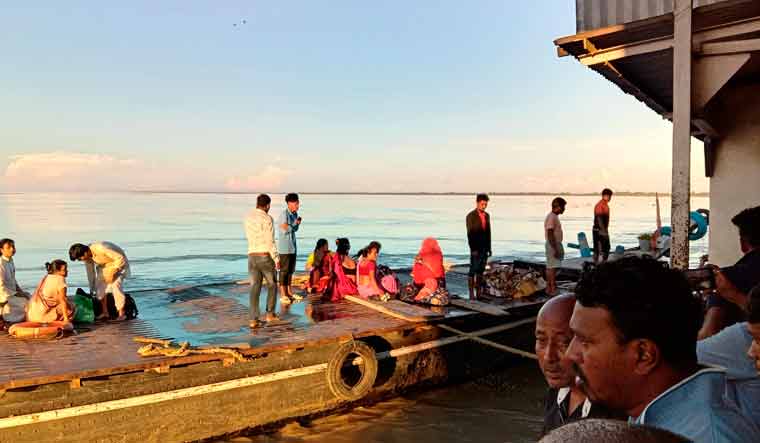 People watch rescue efforts at the site of a ferry capsize in the Brahmaputra river, near Nimati Ghat, in Jorhat | AP

Rescue ops are underway in Brahmaputra river in Jorhat, where two boats collided and one of them capsized. News agency ANI quoted a National Disaster Response Force (NDRF) official to state that 70 passengers were on the boat that capsized, and that a woman has died. According to ANI, 50 people have been rescued and 70 are still missing.

The accident occurred when the private boat 'Ma Kamala' was headed to Majuli from Nimati Ghat and ferry 'Tripkai', operated by the state's Inland Water Transport (IWT) Department, was coming from the riverine island.

The deceased was identified as Porimita Das who hails from Guwahati and was working as a faculty in a college in Majuli.

The Army will join the operations today with some advanced machines. The NDRF and SDRF have started a rescue and search operation, but they are facing difficulties as it was pitch dark. President Ram Nath Kovind and Prime Minister Narendra Modi expressed grief over the boat accident. "My thoughts go out to the victims, survivors and their families. Rescue and relief efforts are on to save as many lives as possible, Kovind said. "All possible efforts are being made to rescue the passengers. I pray for everyone's safety and well-being," Modi tweeted.