The drive comes on the eve of Pilot's 44th birthday 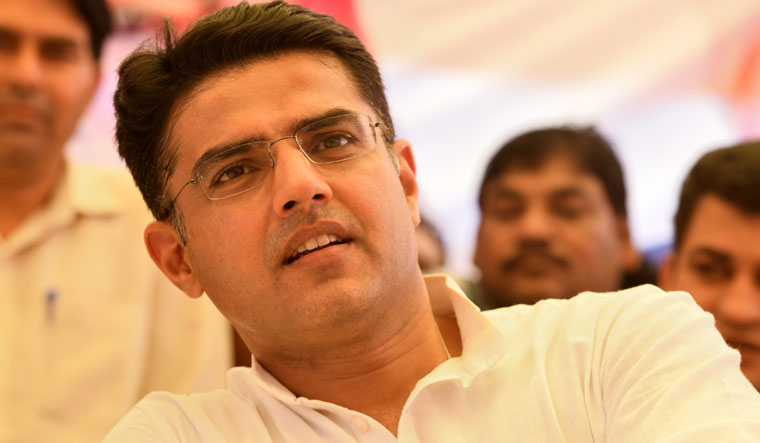 Supporters of former Rajasthan deputy chief minister Sachin Pilot, on Monday, adopted a novel method to carry out a show of strength for the leader who is engaged in a long-running tussle for power with Chief Minister Ashok Gehlot.

On the eve of Pilot's 44th birthday, his supporters undertook a massive tree plantation drive in all 200 assembly constituencies of Rajasthan. They had set a target to plant at least 10 lakh trees across the state. According to Pilot loyalists, this would be a new record for the state, where the previous record was established in 2009, when 6.11 lakh saplings were planted in a day in Dungarpur district.

Supporters of Pilot claimed that they were on course to exceed the number of 10 lakh saplings. Last year, a blood donation drive had been conducted by leaders and workers owing allegiance to Pilot.

At a time when Pilot and his supporters are demanding that the chief minister accede to their demands and bring about a balance of power in the state Congress, the aim of the tree plantation drive is to generate a buzz about the former deputy chief minister and convey the message that he enjoys support at the grassroots level across the state.

As MLAs belonging to the Pilot camp wait for rehabilitation, his supporters have at regular intervals carried out campaigns on social media using special hashtags in a bid to ensure he trends online.

While the Pilot camp has ensured they remain in the news through their online and offline campaigns, the former deputy chief minister has been touring the state extensively in an apparent effort to convey the message that he continues to be a force to reckon with in state politics.