Rahul Gandhi reveals his aviator side 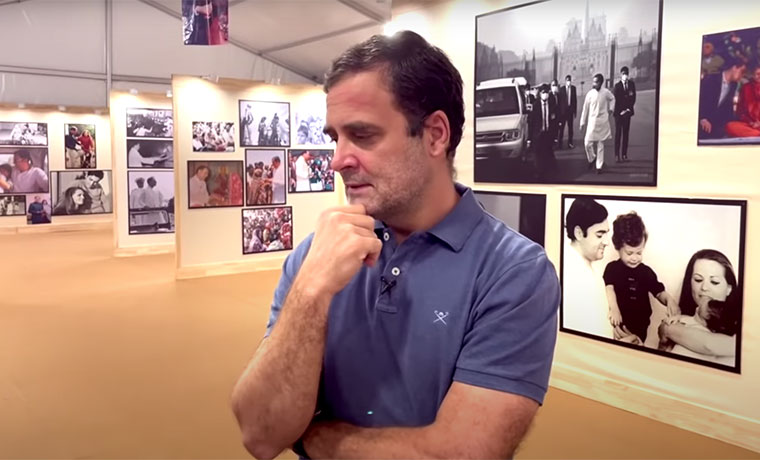 In a nearly six-minute video released on YouTube, ex-Congress president Rahul Gandhi revealed his aviator side while visiting a photo exhibition on Rajiv Gandhi at the Indian Youth Congress office. In it, Rahul said he has 300-350 hours of flying to his name and spoke about his father’s apprehensions about Sanjay Gandhi’s decision to fly the Pitt’s Special biplane that eventually cost him his life.

In the video, Rahul points at a photo of the plane Rajiv Gandhi used to fly. “That's a DC 3. And that's both my father and my favourite plane. That's the most beautiful plane and it’s the first plane my father flew commercial on.”

He added that Rajiv used to quiz him on the instruments in the cockpit.

“Whenever I was in a plane or helicopter with my dad, I was put into the cockpit. What he’d do is he’d ask me about all the instruments, ask me questions and we’d do the flight check together. So, we would walk around the plane and he’d ask me, ‘What’s that?’” he says.

Rahul added that he learned how to fly when he was in college, and his father would sometimes visit him room early in the morning to take him out on surprise flights.

“I remember once he came into my room at about 3:30 in the morning. He's like, ‘Okay, get ready’. So, I was like, ‘What is this, get ready?’ So, he didn't tell me why or anything like that. So, I was like ‘Okay’—I had a little aluminium case, I packed it with shirts and my pants and my shoes and then I remember walking out in the dark and going. So, we were going on a flight—those days it was pre-9/11 so you could sit in the jump seat—and I remember sitting in the jump seat of a big plane for the first time. And him pointing out, different things. And then starting the engine which for us mechanical people is fantastic. I can still remember it,” he said.

He added that they faced a technical problem before taking off.

“It was an Avro [and] it had a technical problem. So, it was delayed. I spent quite a lot of time in the cockpit while my father was trying to fix the problem on the ground. And then I remember when we took off—wonderful!” he exclaimed.

When asked about safety, he reflected on the crash that took his uncle’s life.

“Look if you’re a pilot, that's a risk you take. You take it…my uncle was flying a particular type of plane—it was a Pitts Special. It's a very aggressive plane. My father told him that you know, don't do this. My uncle really didn't have the experience. My uncle had similar hours to what I have about 300-350 hours. And, he shouldn’t have been flying that plane. And, he flew it. And that's what happens when you don't have the experience and you fly. It's easy to kill yourself,” he said.

Sanjay Gandhi died on June 23, 1980, after the Pitts Special he was flying near Safdarjung Airport crashed—killing him instantly.

Rahul added that his mother, Indira Gandhi, was worried every time Rajiv would go on a flight.

“Yeah, my mother was worried, so every time my father would go on a flight. [She] would have this record playing in the background that he's on a flight. It's so dangerous and she’d be worried and she’d be transferring that worry. Then once there was some problem with Kashmir and then there was some issue with his aircraft. So my mother I remember getting very worked up,” he said.

Rahul added that flying at 30,000 feet helped give his father perspective to deal with the problems he dealt with while on the ground.

“I could see this process taking place where he would go and meet people, get into their details, understand their details and then instantly move to 30,000-50,000 feet and look at the big picture. His work was constantly moving between these two perspectives and always understanding that imagination can bridge anything so that to me was a very powerful thing that my father had.”

As the video ends, he points at a commercial jet. “That's an Airbus A320. One of his [Rajiv's] big regrets was that he left the airline and couldn't fly the bigger jets,” he says.

He then points at a photo of himself inside a fighter jet, but laments that neither he nor Rajiv got the opportunity [to fly in it].