Centre says it has nothing to hide in the snooping allegations 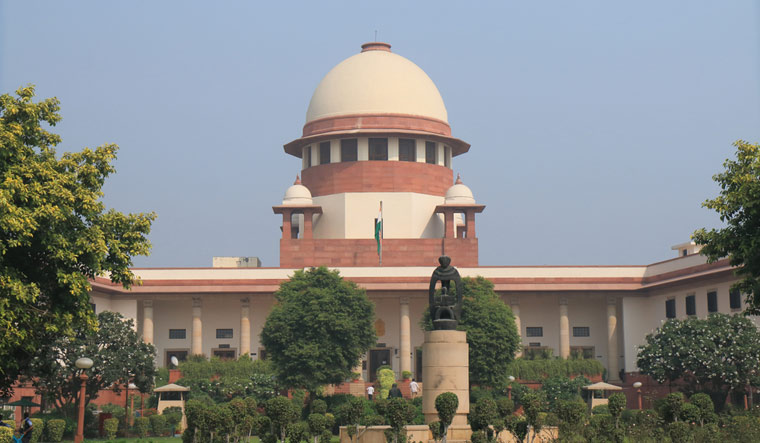 The Centre on Monday asserted it had nothing to hide in the Pegasus snooping allegations and that a panel of experts will be set up to examine all issues raised even as the Supreme Court said the "reluctant" government cannot be compelled to file a detailed affidavit on pleas asking whether the spyware was used to snoop on certain citizens.

A bench of the apex court headed by Chief Justice N.V. Ramana would on Tuesday deliberate on whether the Centre should file a detailed affidavit in the matter, after the short one on Monday in which it also submitted that the allegations were based on conjectures and surmises or on other unsubstantiated media reports or incomplete or uncorroborated material.

The batch of pleas also sought to know from the Centre if it took steps to probe the snooping allegations and wanted an independent probe into the alleged surveillance of certain eminent people in India through the use of the Israeli spyware.

Solicitor General Tushar Mehta, appearing for the Centre, submitted during the hearing on the pleas that the matter, if gone into on the basis of unsubstantiated reports, may have national security implications and it cannot be handled by asking furnish an affidavit etc.

The Ministry of Electronics and Information Technology in a two-page affidavit told the bench, also comprising justices Surya Kant and Aniruddha Bose, that to dispel any wrong narrative spread by certain vested interests and with an object of examining the issues raised, the Centre will constitute a Committee of Experts in the field which will go into all aspects of the issue.

You see, when the government is reluctant, then can you force it to file a detailed affidavit? the bench said, adding, We will continue tomorrow... If Mr Mehta (Solicitor General) may decide to file an affidavit, then we have nothing to say, or we will hear all of you.

"The government is reluctant to file a detailed affidavit. We cannot compel it do so," the court again observed.

The law officer responded to say, The government is not reluctant at all... I ask myself a question if a one-page affidavit is filed saying that Pegasus was not used then will they withdraw the petitions. The answer is no.

He said, If it is for fact finding, then I am for it. But if it is for sensationalising which is alien to Article 32 then I cannot help it. It looks like petitioners want to go somewhere else other than what courts want to see.

Senior advocate Kapil Sibal, appearing for veteran journalists N Ram and Sashi Kumar who have filed one of the petitions in the matter, argued that the Centre should file an affidavit stating whether the government or its agencies have used Pegasus.

The Solicitor General said the Pegasus issue would involve the aspect of national security and the matter is sensitive.

We are dealing with a sensitive matter and the attempt seems to be to make it sensational, Mehta told the bench, adding, There would be an issue of national security.

At the outset, Mehta submitted that this issue is "highly technical" and expertise was needed to examine the aspects.

"There is nothing to hide. It needs an examination by a committee of experts. This is a highly technical issue. We will appoint eminent neutral experts from the field," he said.

"I do not think the government can be more transparent and fair than this," he said, adding that the response given by the IT minister in Parliament on the issue deals with every aspect

The law officer referred to the statement of IT Minister Ashwini Vaishnaw and said the issues have been clarified and nothing further needed to be done in view of the fact that none of the petitioners have made out a case which has been raised after a web portal published the report before the start of the Monsoon session of Parliament on July 19.

Sibal said the Centre's affidavit does not say whether the government or its agencies had used the spyware.

While contending that petitioners have relied upon news reports published by a web portal, Mehta said, According to us, a false narrative is created.

Senior advocate Rakesh Dwivedi, appearing for one of the petitioners, said the Centre's submission that it would set up a committee of experts would not inspire confidence in the minds of people and instead, the court should appoint a panel and supervise it.

During the hearing, Justice Bose told the parties about his one meeting with one of the petitioners in a social gathering and asked whether anybody has any objection if he continues hearing the pleas. All lawyers, in one voice, said no.

Only, I can have the objection. We don't have any objection... I have full faith, said Mehta.

Sibal raised many objections to the Centre's short affidavit and said the government should say on oath that it never used the spyware and if it has used the technology then We do not want the government which might have used pegasus to set up a committee.

I am not concerned about the individuals. I am worried about the institutions which are the journalists and courts and both are the pillars of democracy, he said, and again referred to alleged snooping of a woman employee and some officials of the apex court.

Sibal referred to rules and said the affidavit in the matters should be filed by Home Secretary instead of other officials.

If interception is allowed legally then Home Secretary will know and if he says he does not know then it has been done without his knowledge, he said, adding that countries like Israel and France have started a probe and Indian government is saying that everything is fine.

This is wholly unacceptable. Give them time but let them state on oath did they use Pegasus, how it was used, what deal contracts were entered into. Cabinet secretary should reply, Sibal added.

The pleas, including the one filed by Editors Guild of India, are related to reports of alleged snooping by government agencies on eminent citizens, politicians and scribes by using Israeli firm NSO's spyware Pegasus.

An international media consortium has reported that over 300 verified Indian mobile phone numbers were on the list of potential targets for surveillance using the Pegasus spyware.