Two years after Article 370 removal, what is happening with the Hurriyat Conference? 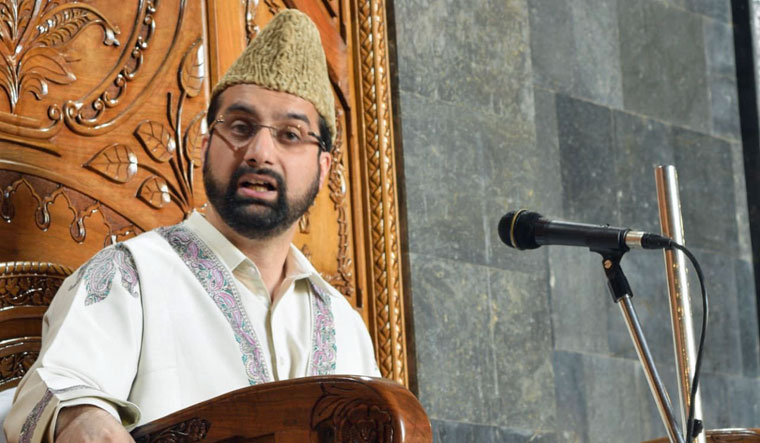 Nearly two years after the BJP revoked Article 370 and split Jammu and Kashmir into Union Territory (UT), the separatists continue to grapple with growing uncertainty and irrelevance. Though the separatists had already lost some traction before the BJP’s Article 370 move, they were still a force to reckon with and many people responded to their calls.

The BJP government at the Centre started cracking down on separatists in 2017, two years after the PDP-BJP coalition government came into being.

The arrests had caused bitterness between the PDP and BJP as the former thought the arrests would create anger against the government.

In June 2018, when the PDP-BJP coalition government collapsed, the Centre started to pile pressure on separatists. Two months before Article 370 was revoked, the NIA arrested Yasin Malik, leader of JKLF, Asiya Andrabi, Duktaran-e-Milat, separatist leader Shabir Shah of JKDFP and Masrat Alam of Muslim League in alleged terror funding cases. In 2016, Geelani, Malik and Mirwaiz had formed Joint Resistance Leadership (JRL) to further their cause.

The alliance proved successful in mobilising support for an agitation after the killing of prominent young Hizbul Mujahideen commander Burhan Wani, who had emerged as the poster boy of new age militancy in Kashmir.

The JRL also announced programmes from time to time and also urged people to boycott the elections. The JRL essentially was the revival of the Hurriyat Conference of the 90s that commanded considerable influence before hardliners led by Geelani and moderates led by Mirwaiz parted ways in early 2000.

The arrest of the JRL leadership, except the ailing Geelani, who is in his 90s, and the second rung separatist leaders took the wind out of the sail of the separatists before the Article 370 was scrapped. After Article 370 was removed, the Centre detained more than 50 political leaders including three former chief ministers Farooq Abdullah, his son Omar Abdullah, and Mehbooba Mufti. Scores of political workers and supporters of the separatists were also detained. Many were shifted to jails outside Kashmir. The Centre also cracked its whip on Jamaat-e-Islami, Kashmir’s most influential socio-religious organisation. Scores of Jamat members were detained. Some are still in jail.

The strict security and communication lockdown on Kashmir for weeks after the reading down of the Article 370 stunned everyone into silence in Kashmir, including the separatists and their supporters.

After J&K’s autonomy was withdrawn, Srinagar’s Soura emerged as the main hub of protests against the BJP move. The protests continued for several days until the Hurriyat Conference leader who was mobilising people was arrested. Mirwiaz, Bilal Lone and professor Abdul Gani Bhat, considered moderate, remained detained in their homes for weeks after the decision on August 5, 2019. Even when the lockdown was eased, Mirwaiz, Bhat and Lone continued to stay muted.

On January 29, harliner Geelani shocked many of his supporters when he announced his resignation from the Hurriyat Conference(G) that he was leading as chairman. In his resignation letter, without naming anyone, he accused a section of the Hurriyat leadership of abdicating responsibility after the abrogation of the special status of Jammu and Kashmir and its bifurcation into two UTs. “The hope was that they [Hurriyat leaders] would stand against this… and fulfil their responsibilities to encourage the people,” he said in the letter. “Despite unprecedented restrictions and detention, I tried to reach out to you people, but you were not available,” he said. He said he cannot take responsibility for the “errors” of his associates. “It is beyond my capacity to be answerable to the faults and errors of my colleagues besides my own. You are free to make a decision for yourself," he said. “In view of the present circumstances after pondering over the entire issue, I have decided to dissociate from the Hurriyat Conference,” he said. The development came as a big setback to separatists and their supporters in Kashmir.

Political observers in Kashmir opine Geelani decided to dissociate himself from Hurriyat Conference after the removal of Article 370 as he decided to salvage his image and call it a day without surrendering his stand. An unflinching leader who enjoys mass support, Geelani’s health has also been a major cause for concern for him and his family. As for the moderates, they have talked in hesitant tones about the need for a dialogue, but made no strong statements. In October last year, the Mirwaiz-led faction of Hurriyat Conference called for strike against the new land laws introduced by the Centre in Jammu and Kashmir. In a rare statement, the group said the new laws were anti-people. "The incessant anti-people orders being issued by the government of India at frequent intervals to intimidate and psychologically torture the people of J&K," the statement said.

On May 5, senior separatist leader and an aide of Geelani, Muhammad Ashrad Sehrai, died in Udhampure Jammu jail. He was shifted to the hospital after he complained of breathlessness in jail, where he was detained July 12 last year under the Public Safety Act. Reports said Sehrai’s oxygen levels had fallen and he had developed bilateral pneumonia in the jail. His death was widely mourned in Kashmir, including by Mehbooba. "Deeply saddened to know about Ashraf Sehrai sahab’s sudden demise. Like him countless political prisoners and other detainees from J&K continue to be jailed purely for their ideologies and thoughts. In today’s India, one pays a price with his life for dissent," she tweeted. Sehrai was arrested a month after his son and central Kashmir commander of Hizbul Mujahideen, Junaid Sehari, was killed in an encounter with another militant, Tariq Sheikh, at Nawa Kadal in Srinagar in a 12-hour long encounter.

On August 1, the Mirwaiz led Hurriyat Conference, in a statement said after forcible dismissal of dozens of government employees, the policy of not issuing passports and denying government jobs to the youth under garb of being "so-called stone pelters or anti-nationals" is being enforced. "Those in charge should rethink their repressive strategy and withdraw such diktats," the statement said. Such statements are in line with the leaders of the mainstream politicians as they voiced similar concerns.

By issuing such statements, the separatists are trying to slowly claw back and find relevance. However, the separatist politics has always centered around sentiment—the demand for the resolution of the Kashmir issue. After Article 370 abrogation, the separatists have largely skirted the issue and tried to raise issues that fall in the domain of the Unionist politicians. The BJP or any other government must note that while the separatists and their supporters are down, they are not out. In 1984, when JKLF founder Maqbool Bhat was hanged, there was hardly any reaction in Kashmir. However, four years later, thousands of men crossed the Line of Control (LoC) to start militancy in Kashmir under the banner of JKLF. JKLF announced a ceasefire in 1995, but militancy has continued unabated. Many people in Kashmir believe that post Article 370, the separatists and their large constituency are observing strategic silence and conserving their energies to fight another day. The Centre too knows that it is the  sentiment in Kashmir that separatists survive on. And that sentiment is intact despite some extreme measures by the BJP to reshape Kashmir’s politics.