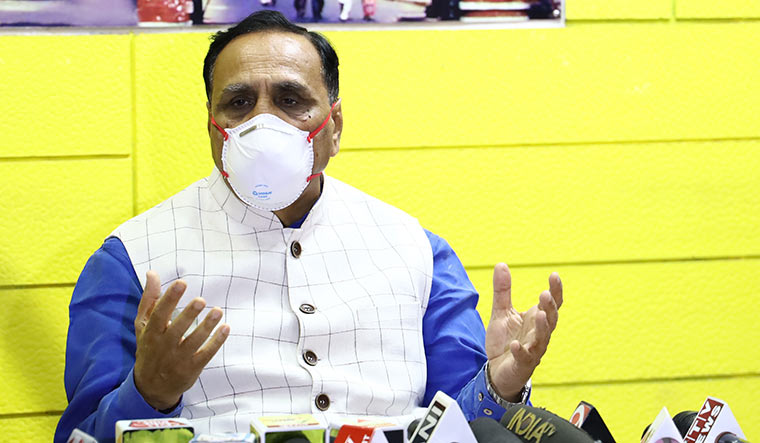 With the number of COVID-19 cases continuing to decline in Gujarat, the state government on Wednesday decided to relax curfew norms and allow more persons in social functions from July 31. The decision was taken at a core committee meeting chaired by Chief Minister Vijay Rupani in Gandhinagar.

In the last 24 hours that ended at 5 pm on Wednesday, the state recorded 28 new cases. No deaths were reported in the period.

In the peak of second wave, Gujarat had reported over 14,000 cases in a single day. There was a scramble for oxygen and there were queues outside government hospitals for admissions.

The night curfew which was from 10 pm to 6 am in eight major cities, including  Ahmedabad, Vadodara and Surat, has been reduced by one hour. The curfew will now be from 11 pm to 6 am.

In public functions, instead of 200 people, 400 people will be allowed.

Hotels and restaurants can now remain open till 10 pm.

Covid appropriate behavior will have to be followed at all places.

For the Ganesh festival, the state government has decided that statues of only 4 feet height will be permitted.