“The bill is in complete violation of fundamental rights,” says one expert 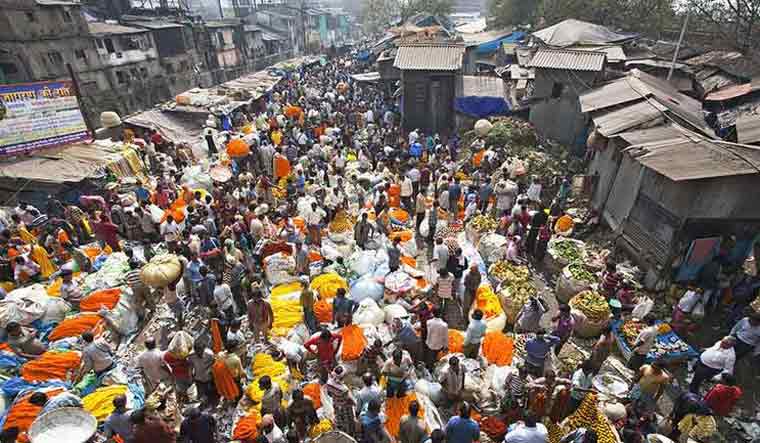 Uttar Pradesh’s proposed Population (Control, Stabilisation and Welfare) Bill, 2021 has elicited some sharp political criticism while experts, too, remain sceptical about the results it intends to achieve and the methods proposed thereof.

Ramakant Rai, an education and health activist who had approached the Supreme Court of India in 2004 alleging coercive and abusive practices in government run sterilisation camps, said, “The bill is in complete violation of fundamental rights and international covenants”.

This is not the state’s first attempt at introducing a population bill. In 2000, when Ram Prakash Gupta of the Bharatiya Janata Party was the chief minister, a similar bill was proposed to be drafted. However, it never took off after activists such as Rai pointed out its uselessness.

Srinivas Goli, an assistant professor (demography) at the Jawaharlal Nehru University, said the bill was “ill-conceived, ill-timed and coercive”.

Goli said, “The incentives announced for single children followed by sterilisation will yield disastrous outcomes in the form of sterilisation regrets (without ensuring child survival), sex-selective abortions, violation of reproductive and gender rights. Encouraging people for a single child will not work unless child survival is granted and old age security is ensured under law”.

When releasing the policy, Chief Minister Yogi Adityanath had said that it was based on facts and the government had kept in mind every section of society.

However, experts such as Goli say that its greatest burden will fall on those who are already marginalised.

“Poor, deprived social class and minorities (especially) Muslims will be targeted using the law and they will be mostly excluded from social safety schemes citing the reason for excess fertility. Thus, this ultimately leads to more socio-economic inequalities in society,” said Goli.

Rai said many of the benefits that the policy proposes to hold back (such as units of ration) are given to women. “In the Indian context, women have little control over their reproductive and sexual health. Child bearing decisions are made by husbands and mothers-in-law, yet the disincentives will harm women, putting them in an even more disadvantageous position.”

He also pointed out that the bill, with its focus on couples, continues a narrative around family planning, reproductive and sexual rights that are loaded against single, unmarried or divorced women.

Yashvir Tyagi, a former professor of economics at the Lucknow University who headed the institute’s Population Research Centre, said that the policy was “welcome”.

“It talks just about decreasing the Total Fertility Rate (TFR). However there are multiple intra-social differences to consider. Moreover, our Crude Birth Rate (CBR) remains very high, so it is important to have a figure at which the population will stabilise by 2030 (the year till which the policy is to remain in force)”, said Tyagi.

The TFR is the total number of children a woman will have in her child bearing years. The CBR is the number of live births occurring among the population of a given geographical area during a given year, per 1000.

There are also concerns that a third child will be denied rights to health care, education and nutrition for no fault of his.

Some experts are of the view that the burden of the policy will fall unfairly on the young population in the reproductive age group. For instance, a denial of the opportunity to contest local body elections would mean that older contestants who will fall outside the ambit of the policy’s operational date, will be unfairly benefitted, even if they have more than two children.

Neelam Singh, a Lucknow-based gynaecologist who is the chief functionary of Vatsalya, an organisation that works among other health issues on female feticide said that the policy, though late, was welcome but needed more.

“It will not succeed in isolation. There will be increased pressure on women to bear male children. It is imperative that programmes of women empowerment and acts such as PCPNDT (Pre-Conception and Pre-Natal Diagnostic Techniques Act) be rigorously implemented,” said Singh who is also a member of the national level PC-PNDT Committee which oversees the implementation of the Act.

Experts also point out that a fall in India’s TFR as noted by the various rounds of the National Family Health Survey has been achieved by spacing methods and not limiting methods.

Tyagi said that the reporting on the policy was confusing.

“The provisions (especially related to incentives and disincentives for enforcement of two child norms for government employees and public) of the draft bill released by the State Law Commission U.P. on 10th July have been mixed up with the measures and targets outlined in the Population Policy,” he said.

“It is to be understood that the provisions of the draft bill will attain the force of law only when this becomes an Act through due legislative process. The State Law Commission (SLC) has said that the Act would become effective after one year of its Gazette notification. Realistically looking, the said Act can come into force only sometimes late in 2022,” said Tyagi.

Confused reporting on the issue will also hamper the suggestions that the public will give to the SLC till July 19, the date till which the bill is open for public comments.

“For better communication and propagation, the government should also upload on its web sites the new Population Policy,” Tyagi suggested.

Rai said there was a need for more research on contraceptive methods and greater awareness about their use, especially among men, instead of coercion.

Goli said, “There is no evidence so far that regressive incentives will lead to population stabilisation and yield better developmental outcomes. Instead of using the law to control or stabilise the population, the country should focus more on improving maternal and child health, nutrition, empowering women and bringing gender equity. Such efforts not only stabilise the population but also improve the quality of the population, which can help in reaping greater economic dividends.”

Tyagi said that the policy should have a longer time span. “In absolute terms the population will continue to rise upto three decades. Our overall size is huge. An effective policy should be operative for longer than that,” he said.

It remains to be seen how many of these concerns will be reflected in the final version of the bill that will be presented to the government.