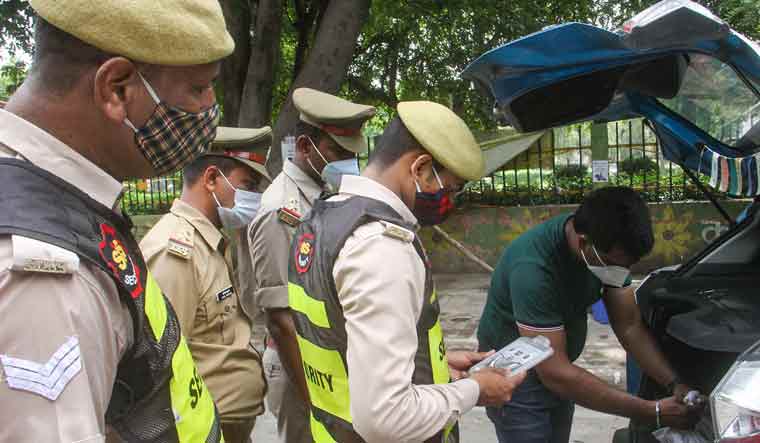 The Madhya Pradesh government on Monday issued a red alert in view of the busting of terror conspiracies in Uttar Pradesh and Jammu & Kashmir, state home minister Narottam Mishra said.

Mishra said that he has directed the director general of police (DGP) to identify and monitor any suspected terror links with the banned Students Islamic Movement of India (SIMI) and other terror organisations like Al-Qaeda in the state.

The UP police on Sunday claimed to have busted a terror module of Al Qaeda-linked Ansar Ghazwat-ul-Hind which was allegedly planning suicide attacks in the crowded areas of Lucknow and other cities of the state on Independence Day.

Police said two terrorists were arrested during an operation of the Anti-Terrorism Squad (ATS) in Kakori and that Pistols, IED and huge explosives were recovered from their possession. Prashant Kumar, ADGP (Law and Order) of UP had said that the two arrested, along with their associates were planning to conduct a blast in Lucknow and surrounding areas before August 15.

Meanwhile, the National Investigation Agency (NIA) had on June 29 registered a case in Jammu & Kashmir in connection with an alleged conspiracy of the proscribed terrorist organisation ISIS to radicalise and recruit impressionable youths in India to wage war against the Indian State. In this context, the NIA had on Sunday carried out searches at seven places in Srinagar and Anantnag in south Kashmir.

Meanwhile, Mishra also said that destroying the network of Naxals was among top priority of the state. Speaking to media persons, he said that Maoism will not be allowed to spread in the state at any cost. Already, the special task force of the state police and two battalions of paramilitary forces provided by the central government have been working with total alertness in the affected areas and recently a network of Maoists was destroyed in Balaghat district, the home minister said.