Sarith, Swapna have alleged they are facing threats to implicate opposition leaders 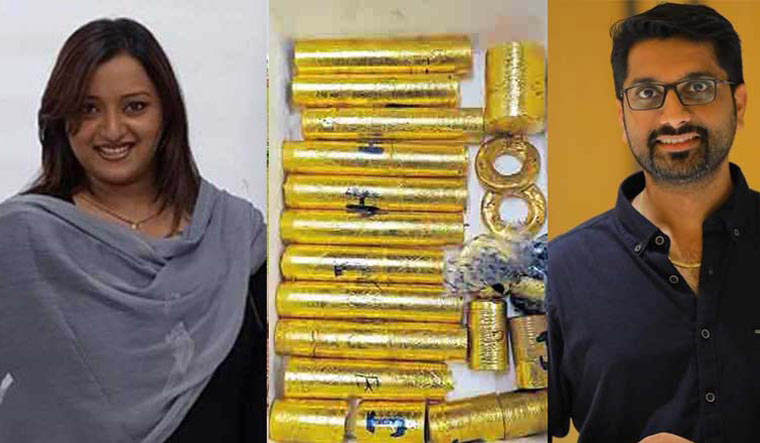 A year after the Customs department busted a gold smuggling racket that was aided by Thiruvananthapuram-based diplomats, it has sought legal opinion to move key accused in the case to jails outside Kerala amid allegations they are under duress to change statements to implicate top political leaders in the opposition ranks.

Three main accused—Swapna Suresh, P.S. Sarith and K.T. Ramiz—who have been booked under the stringent COFEPOSA are currently lodged in the central jail located at Poojapura in Thiruvananthapuram.

While appearing online for a hearing before the Economic Offences Court in Kochi the other day, Sarith had alleged that he was facing harassment, torture and pressure from jail authorities to give statements linking former opposition leader Ramesh Chennithala, Union Minister V. Muraleedharan and BJP state president K. Surendran with the gold smuggling case.

A court of the National Investigation Agency (NIA) had also recorded Sarith's statement based on his application submitted through his lawyer.

Earlier, Swapna's mother had also informed the investigating officials that her daughter was facing a threat to her life for not changing her statements. Under these circumstances, the investigation agency is toying with the idea to shift the accused to any jail outside the state with the court's permission.

The Customs is gearing up to take action against jail officials who allegedly prompted COFEPOSA accused to change their statements. Sandeep Nair, who is a co-accused in the case registered against Swapna, had earlier itself deposed against the Enforcement Department (ED). He had alleged that the investigation agency had prompted him to give statements against the Kerala chief minister and certain other prominent people in the previous Left Democratic Front ministry. Nair was earlier made an approver in the UAPA case registered by the NIA.

Ramiz under scanner for using drugs

In another development, the central agencies that are empowered to collect evidence under the Narcotic Drugs and Psychotropic Substances (NDPS) Act have initiated a probe against K.T. Ramiz who has been accused by jail authorities of using drugs inside the prison. The evidence is being collected under the NDPS Act.

The complaint against Ramiz include grave charges that a parcel containing drugs and narcotic substances was brought for him in the jail. The central agencies will record statements of the jail authorities in connection with this.

The Narcotics Control Bureau (NCB), Directorate of Revenue Intelligence (DRI) and Customs have the powers to register suo motu cases and carry out independent investigations into such cases.