Junior doctors in six medical colleges across MP have been protesting 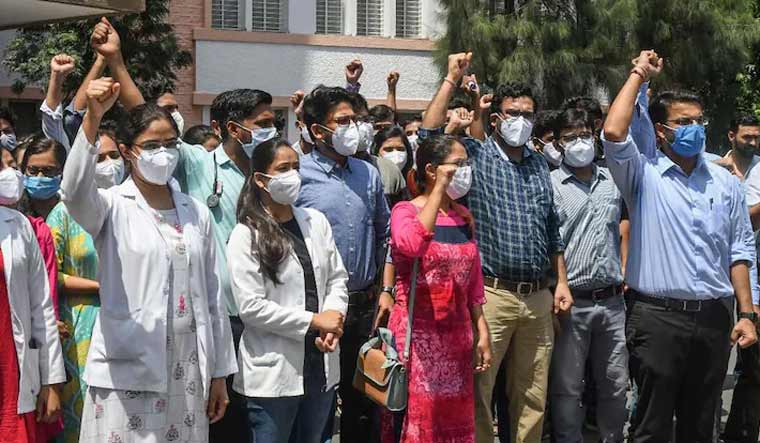 The stand-off between some 3,000 junior doctors and the Madhya Pradesh government continued into the sixth day on Saturday with the former refusing to back down despite the High Court calling their stir illegal.

On Saturday, the state government sent eviction notices to the doctors, who had resigned in protest following the HC order on Thursday, to vacate their hostels.

"Our peaceful protest will continue. They have asked us to vacate the government hostel in Bhopal, and also pay bond fees which runs into several lakh rupees. When they can serve us eviction notices, why not release a written order increasing our stipend," Madhya Pradesh Junior Doctors Association (JUDA) secretary Ankita Tripathi told PTI.

She said JUDA functionaries had tried to resolve the issue by seeking an appointment with Chief Minister Shivraj Singh Chouhan.

While Tripathi said there was no plan as of now to approach the Supreme Court against the MP HC order, some others said it was an option.

Meanwhile, MP Medical Education Minister Vishwas Sarang told PTI the state government had given a stipend hike of 17 per cent but the doctors were adamant it should be 24 per cent.

"The High Court has termed their strike illegal and asked them to return to work within 24 hours. We are ready to hold talks to settle the issue. We have accepted most of their demands," he told PTI.

Junior doctors in six medical colleges across MP have been protesting for a stipend hike as well as free COVID-19 treatment for them and their kin.