15,077 cases were reported from the state on Monday 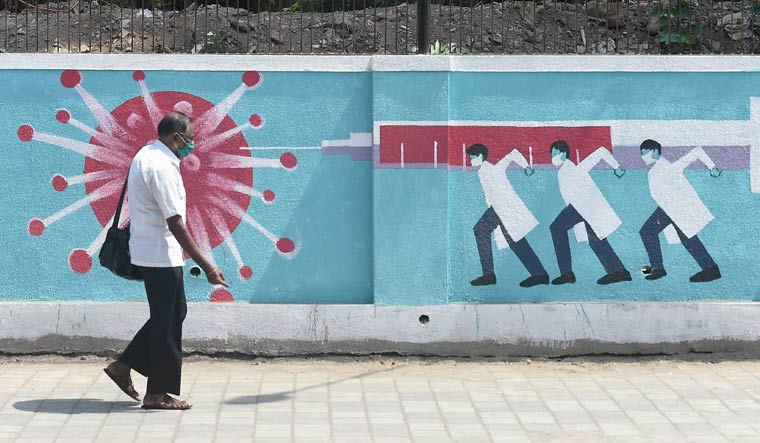 A man walks past a graffiti depicting coronavirus in Mumbai | PTI

Maharashtra continued to report the encouraging trend of reduced number of COVID-19 cases, deaths, and positivity rate. On Monday, as many as 15,077 cases were reported from the state. This is the second day that the state reported less than 20,000 cases in more than two months.

The state also witnessed 33,000 patients recovering from the disease, bringing down the number of active cases in the state to 2,53,367.

Meanwhile, Brihanmumbai Municipal Corporation (BMC) eased restrictions in Mumbai, allowing non-essential shops to function from Monday to Friday, between 7 am to 2pm. Shops on either side of the roads will be allowed to function on alternative days.

Earlier in the day, Chief Minister Uddhav Thackeray expressed concern over the heavy vehicular traffic in Mumbai and warned that the lockdown-like curbs will be made stricter if such a situation continues. "I myself cross-checked my speechmade last night. I did not say that COVID-19 restrictions have been lifted," Thackeray said.