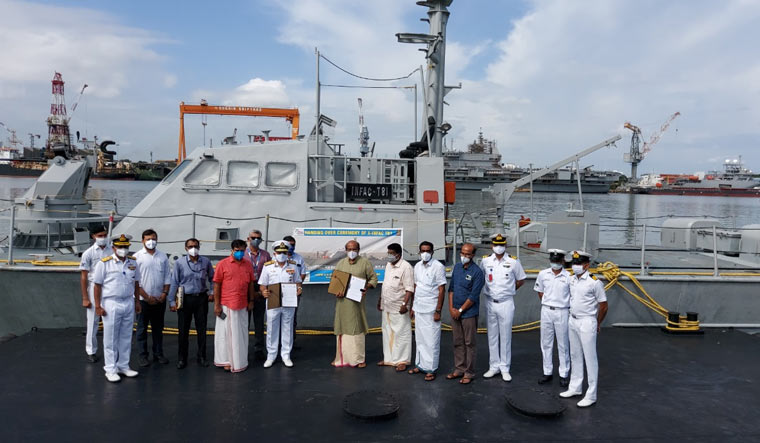 The Indian Navy on Monday handed over to the Kerala government a decommissioned fast attack craft at a function held at the Naval Base here.

The ship would be taken to Alappuzha and placed as part of the Port Museum under the Alappuzha Heritage Project, a Defence press release said.

The vessel was part of the headquarters, Western Naval Command and had participated in many coastal security and port defence missions along the coasts of Maharashtra and Gujarat.

The role of the ship included day/night surveillance and reconnaissance, coordinated search and rescue operations, beach insertion, extraction of marine commandos and high- speed interception of small, manoeuvreable intruder crafts.   The ship had also actively participated in para jumps and duck drops with the Indian Air Force personnel embarked onboard, the release said.

It was decommissioned on January 28 in Mumbai and later towed from Mumbai to Kochi earlier this month.

IN FAC T-81 was commissioned into the Indian Navy on June 5, 1999, by the then Governor of Goa Lieutenant General JFR Jacob, PVSM (Retd).

The function was held with adherence to COVID norms.