NDA retains lead in Puducherry, but Rangasamy trails in Yanam

Rangasamy has been a three-time chief minister of Puducherry 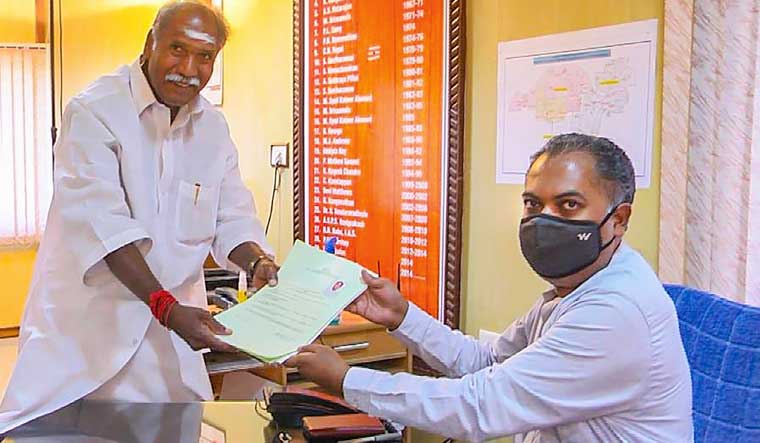 At 3pm on Sunday, the All India NR Congress (AINRC) was leading in or had won five seats and its ally, the BJP, ahead in three seats as trends came in from 12 of the 30 seats in the Puducherry Assembly election.

The Congress, which was the single-largest party in the 2016 election, is ahead in just two seats and the DMK in one seat.

AINRC chief N. Rangasamy, who contested in two seats, is trailing in one of them. In Yanam, Rangasamy was behind Gollapalli Srinivas Ashok, an independent backed by the Congress, by 3,845 votes at 3pm. Counting of EVM votes has not started in Thattanchavady, the other seat from where Rangasamy contested. AINRC candidates were holding on to their leads in Embalam, Karaikal North, Mangalam and Nedungadu. The party has won Kadirgamam.