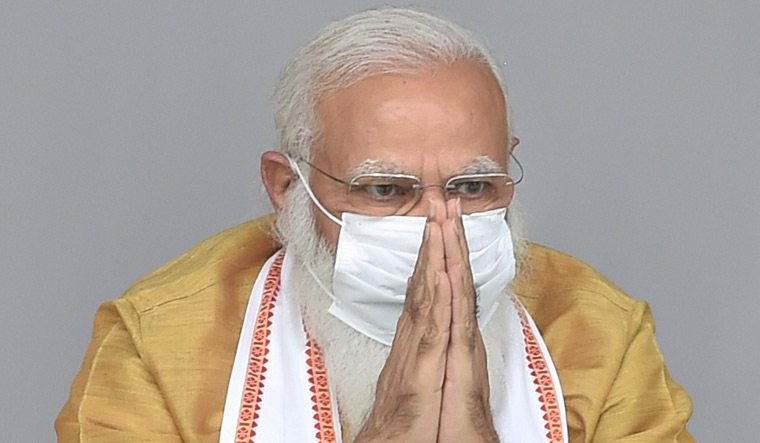 Even as the country continued to reel under the second wave of the COVID-19 pandemic, lakhs of people have been queuing up this week in West Bengal and Uttar Pradesh to cast their votes.

While the Election Commission has refused to combine the last phases of Assembly elections or ban campaigning in West Bengal, the state election authority in Uttar Pradesh has gone ahead with the multi-phase elections for the panchayats, despite the largest state of the country seeing curfew in more than a dozen cities. Along with the festivals and Kumbh Mela, the festival of democracy is drawing lakhs of people to the streets in two of the most populous states.

Prime Minister Narendra Modi now seems to be a different man than what he was when the first wave of the pandemic hit the country a year ago. Modi led the country with inspiring public messaging to stay indoors and defeat the virus by observing social distancing norms. He was the prime mover for augmenting medical responses, pushing Home Minister Amit Shah, who is in-charge of disaster management, and Health Minister Dr Harsh Vardhan to ensure every state responded to the emergency by pooling all Central and state resources, including frontline workers.

But this time, the 'vaccine maitri' programme under which Indian-made COVID-19 vaccines are being supplied to over 70 countries has backfired. Several states have made desperate appeals for supply of vaccines, and the opposition has demanded the lifting of restrictive rules on other eligible vaccine candidates. The surge in the COVID-19 cases has also seen black-marketing of essential antiviral drugs like Remdesivir.

Now, Modi and Shah are spending most of the daytime travelling to West Bengal to address big political parties, relentlessly attacking Trinamool Congress and its leader, Mamata Banerjee, even though the government puts out announcements of the prime minister holding regular review meetings with his ministers or officials. Many of these meetings have taken place in late evenings after the prime minister has returned from West Bengal. Even though the Special Protection Group tries its best to take precautions for the prime minister against the coronavirus infection, the elite security agency is unable to do anything about the huge audiences or the crowds en route from the helipad.

Amit Shah has been insistent on holding roadshows in every city and town he holds a rally. (He has been a firm believer in roadshows ever since the success of the tactic in Gujarat elections compared with just driving to the public meetings).

There has been sharp criticism from opponents including non-BJP chief ministers that the prime minister should stop obsessing about wresting West Bengal for his party and instead take charge of the disaster, which has hit the country. Though Central ministers led by Railway Minister Piyush Goyal and former Maharashtra chief minister Devendra Fadnavis are targeting the opposition governments, especially the Uddhav Thackeray-led coalition in Mumbai, hard questions have cropped up on management of supplies of vaccines, oxygen, COVID-19 medicines and hospital beds.

The prime minister, who frequently addressed the nation in 2020, is missing from television screens, except for his harangues against Mamata Banerjee, and earlier against BJP's opponents in Assam, Kerala, Puducherry and Tamil Nadu where elections concluded earlier this month.

BJP leaders privately defend the prime minister, saying he is a master of multitasking where he has handled at the same time diverse issues—from healthcare, Chinese threats, international diplomacy, completion of mega projects and expansion of BJP's influence. But, there seems to be a divergence on what is the highest priority. Leaders also say that unlike last year, many powers have been ceded by the Central government to the states to take decisions on COVID-19 management based on local assessment, rather than having one decision for the entire country.

Govindacharya, a top BJP leader in 2000, had described the then BJP prime minister, Atal Behari Vajpayee, as the mask of the party, while Vajpayee's real face was different. At a time when Modi masks are seen at BJP's election rallies, the question is when Modi will again become the face and force of India's fight against the coronavirus, or would he complete the self-assigned task of campaigning in almost every district of West Bengal till April 27. After all, the BJP motto has been "nation above party, party above self."

(This column was first published in onmanorama)