OPINION: Nuns are role models and Indians should learn from them 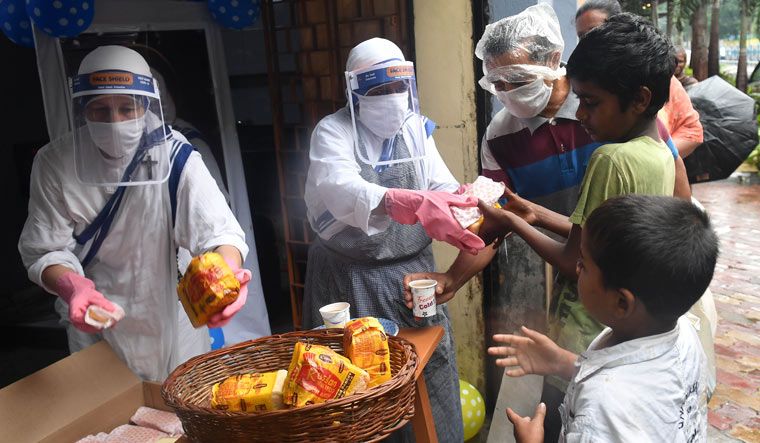 The recent harassment of Christian nuns from Kerala in Jhansi by Bajrang Dal goons, and also the police, must be unequivocally condemned as a disgrace to our country.

Nuns are women who render great service to society in the fields of education and health care. The best girls schools in India are run by the convent ‘sisters’, and everyone wants his/her daughters or other female relatives to be admitted to these schools. The hospitals they run are also excellent.

The nuns give their whole lives in service to society, wanting nothing in return for themselves. They live a life of sacrifice, depriving themselves of the pleasures and happiness that most women have, of a family life with a husband and children.

And yet many people level all kinds of false allegations against them, some of them being unmentionable. The allegation that they do forcible conversion is palpably false.

When I was a lawyer, and later a justice in Allahabad High Court, the nuns of St Mary's Convent, Allahabad, who run the best girls school in the town, would often come to me for help, which I always gave pro bono.

Their worst harassment would begin a month or two before school admissions in the month of March (the school session started in April). Often, they were harassed by the authorities, who wanted their daughters or other female relatives to be admitted in the school.

Now, seats are limited, and for every seat, there would be 10 or 20 applications for admission. So a competitive test would be held for admission. If an official's daughter failed in the test, he would harass the school's nuns.

I remember once the municipal authorities sent a notice to the principal, Sister Evelyn, alleging that the land on which the school stood had been illegally occupied, which, of course, was totally false. On another occasion, a tax notice was sent by an Income Tax Department official whose daughter had not been admitted. Police officials would often harass, and since the nuns were defenceless, they had to often succumb to pressures.

Apart from harassment by the authorities, the nuns were also harassed by rowdy student leaders of the nearby Allahabad University, who demanded admission of some girl, and gave all kinds of threats if the demand was not conceded.

After I became a justice of the Allahabad High Court in 1991, whenever the nuns had a problem and came to me for help, I would telephone the district magistrate or other authorities and tell him the harassment must stop. The result was that the nuns started regarding me as an elder brother, and they would sometimes invite me for tea with them in their convent (I still remember the excellent cake they had themselves prepared).

In my opinion, the nuns are our role models, for if India is to progress, our people must develop the spirit of service and sacrifice that the nuns have. Far from harassing them, we must give them the highest respect and learn from them.