China peeved at India's search for uranium in Arunachal 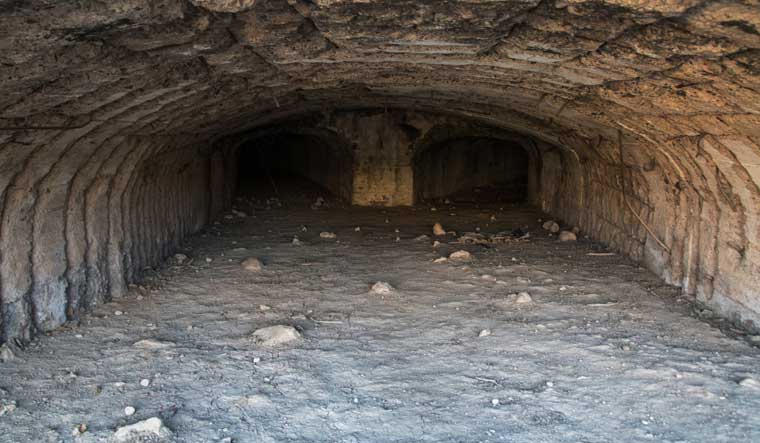 Chinese state media on Wednesday lashed out at news reports in India about the Department of Atomic Energy prospecting for uranium deposits in Arunachal Pradesh.

China calls Arunachal Pradesh as disputed territory, refers to the state as 'South Tibet' and refuses to recognise Indian sovereignty there.

On Monday and Tuesday, Indian media outlets had reported that the Atomic Minerals Directorate for Exploration and Research (AMD), a unit of the Department of Atomic Energy, had begun exploring uranium deposits in Arunachal Pradesh close to the border with China.

Speaking at an event, D.K. Sinha, the director of AMD, was quoted by The Hindu Businessline as saying, "The Arunachal project is located within a few kilometres of the Chinese border and is likely to play a critical role in uranium production as its mining timeline can be significantly cut short.”

(NFC) Dinesh Srivastava was quoted as saying by The Times of India.

China's Global Times tabloid said the reports of India's exploration of uranium deposits in Arunachal Pradesh showed India's "stubborn position of taking the occupation of China's territory for granted”. The publication warned that “such illegal behaviour will only complicate China-India border talks".

The Global Times referred to the standoff in Ladakh, noting, "Experts warned that India's hyping up and aggressive move will only complicate China-India border talks that aim to solve border disputes, as the previous standoff demonstrated that unilaterally provoking trouble is not conducive to bringing the two sides back to the negotiating table."

"India's exploration of minerals in southern part of Tibet in China is illegal, and is a stubborn manifestation of India's mindset of occupying the disputed area to justify its claims," Qian Feng, director of the research department at the National Strategy Institute at Tsinghua University, was quoted as saying by Global Times.