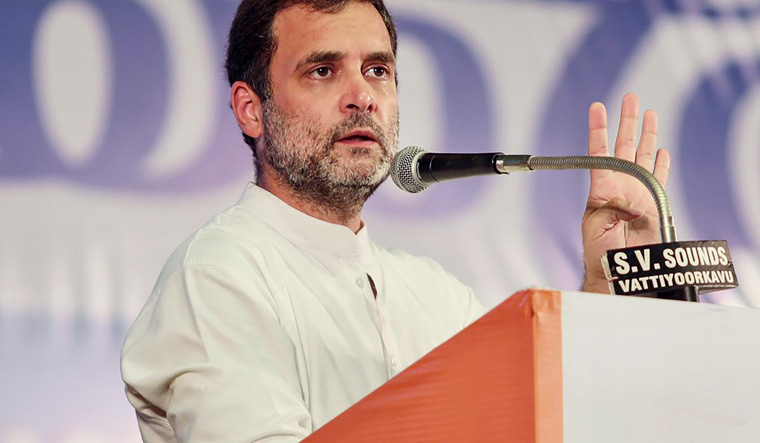 In what is akin to the methods adopted by the intelligence agencies, hired surveyors have been deputed on the ground by the Congress in Kerala ahead of the Assembly elections to act as its eyes and ears, and they are picking up the political buzz from places such as tea shops, beauty parlours, temples and churches.

As part of a unique exercise, being tried out by the Congress for the first time, these surveyors, who number more than 200, have fanned out across Kerala and have been tasked with assessing the mood amongst the people through conversations on the upcoming elections, according to a party source.

This is unlike the normal routine of those conducting a survey going door-to-door and seeking to know the pulse of the people or even carrying out a survey amongst party workers. These hired surveyors are not conducting any structured interviews but are picking up points crucial to the election through conversations amongst the people.

The aim of the exercise, helmed by the Data Analytics department of the Congress, is to gauge the mood of the people without making them cautious or guarded. Information with relevance to the selection of candidates, analysis of constituencies and the issues that are important in this election is being collected by the 210 hired surveyors and relayed to the party.

According to sources, the survey findings show that the election will be extremely close. If there is a feeling amongst the people that Chief Minister Pinarayi Vijayan handled the COVID-19 situation well enough, they are also concerned about jobs and the economy and feel that the UDF had handled these issues better in their previous tenure. The real debate amongst the people is whether Vijayan should be rewarded for managing the pandemic or if they should look ahead and give the UDF a chance.

The political intelligence gathered through the exercise suggests that COVID is not a decisive issue, and corruption allegations against the ruling dispensation have limited traction. On the other hand, it was found that Sabarimala continues to be an issue in at least four to five districts, if not all of Kerala.

The unique survey is a part of the Congress' intense focus on Kerala, where the stakes are high for the party and especially for former party chief Rahul Gandhi, whose Lok Sabha constituency lies in the state and a lot rests on him to see the party through in the southern state.

The survey has also sought to gather feedback on Gandhi's campaign, and it has found that there is a lot of discussion about his electioneering. The people have appreciated how he has reached out and connected directly with the public. This is expected to strengthen the case for more intensive campaigning by Gandhi in the state.

The findings of the survey will be used not only in designing the campaign but also will help formulate the Congress' manifesto for the elections.