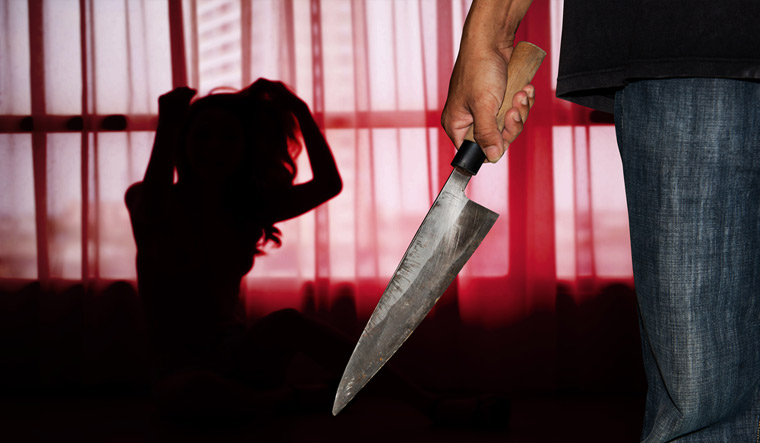 A man who beheaded his teen daughter angered by her affair with a local youth has been arrested while the police officer who was photographed holding the head by the hair within the thana premises was removed.

The incident took place in Pandeytara village that falls under thana Majhila in Hardoi district, about 110 kilometres from Lucknow.

According to a statement issued by Anurag Vats, the Superintendent of Police, Hardoi: “A man named Sarvesh Kumar killed his teenage daughter with a sharp edged object. When he was going out of the village, holding her head, the local police was alerted. The accused father was arrested at once…a photo that showed a policeman holding the head by the hair was circulated. It is against humanity. Action has been taken against the policeman at once”.

Some media outlets have reported that Sarvesh was on his way to the police station to give himself up when he was caught by some policemen who saw him.

The accused has accepted his crime which took place at 3pm on Wednesday. He was angered by his 17-year-old daughter’s affair with a man he disliked. He had caught his daughter with the youth some days back.

The daughter was the eldest of his four children. The girl’s mother had also attested to the crime.

The girl’s body has been sent for postmortem.

Killings over love affairs- or honour killings are a major cause of murder in the state. In January this year a 17 year old girl and her 19 year old boyfriend were murdered by her relatives in Bareilly. In October last year a 16 year old pregnant girl was strangled by her father and brother.

According to data released by the National Crime Record Bureau, in 2019 there were 385 murders in the state over lover affairs. This accounted for 24 per cent of all such crimes in the country.