MCC is being 'torpedoed' at the instance of some Union ministers, says Vijayan 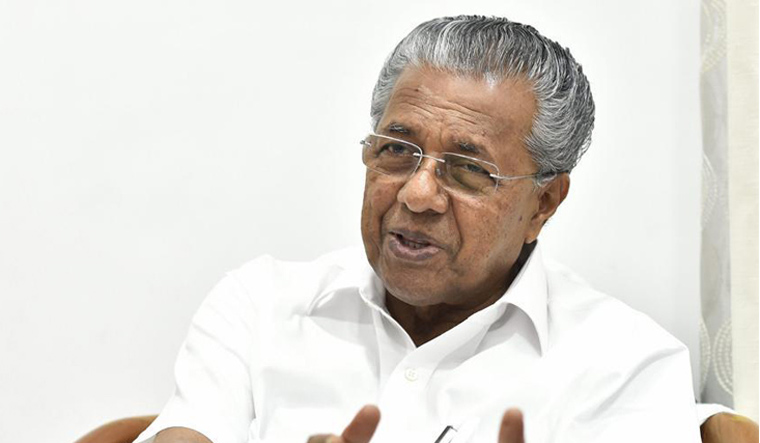 A day after the ED summoned top officials of the Kerala Infrastructure Investment Fund Board, Chief Minister Pinarayi Vijayan on Wednesday wrote to the Election Commission, alleging that the model code of conduct in the poll-bound state is being 'conveniently violated' and its "very spirit is being destroyed".

In the letter to the Chief Election Commissioner (CEC), he said the model code of conduct, which is in force in the state where elections are to be held on April 6, was being 'torpedoed' at the instance of some Union ministers.

The rules laid down for the conduct of free and fair elections were being contravened and this warranted the intervention by theEC, he said.

".... So that the Central investigating agencies like the Enforcement Directorate follow the statute in letter and spirit and act in a politically neutral manner.

This is absolutely essential to retain the spirit of the Model Code of Conduct and to ensure free and fair elections in the State," he said.

Attacking the BJP over the Enforcement Directorate probe, the Marxist veteran alleged that the authority conferred on investigating agencies was being wrongly appropriated for electoral gains of the ruling party at the Centre and also for the opposition in the state.

Pointing out that the ED had recently been repeatedly calling KIIFB officials, he also charged that some of them, including women, had been subjected to "intemperate behaviour" by the Investigating Officers of the Kochi unit of the agency.

The matter of probe was neither one of recent occurrence nor one of urgent nature, he claimed in the letter.

Accusing union Finance Minister Nirmala Sitharaman for being responsible for the present developments, Vijayan said summoning of KIIFB officials came close on the heels of her speech against the Kerala body-corporate in a recent poll rally in the state.

"The prudent conclusion that can be drawn is that the undue hurry, haste and leakage of information to the media by the officials of the ED are motivated by partisan political reasons," he said, adding that the probe agency functions under the superintendence and control of the union finance ministry, headed by Sitharaman.

The news of summoning of KIIFB officials was being 'misused' for media propaganda during the time of election campaign, he alleged.

"The aim is to create a smear campaign against officials and the state government.

The very purpose of public trust deposed on officials is being betrayed due to the action of the Union Finance Minister," the CM alleged in the letter.

Earlier in the day, state Finance MinisterT M Thomas Isaac also unleashed a scathing attack against the union government and charged Sitharamanwith trying to destroy the KIIFB and thus scuttle the state's development using the ED as assembly elections were round the corner.

The ED officials on Tuesday confirmed that notices had been issued to the KIIFB Chief Executive Officer (CEO) and deputy CEO, directing them to join the probe next week.

The ED is probing whether the KIIFB violated provisions of the Foreign Exchange Management Act (FEMA) in its external borrowings through 'Masala Bonds'.

The agency also took note of a CAG report on Kerala finances, tabled in the state assembly in January this year, in launching its investigation against top officials of KIIFB.

In its report, the CAG had criticised the KIIFB''s external borrowings through 'Masala Bonds', saying these were not in accordance with the Constitutional provisions and lacked legislative approval.

Masala bonds are specialised debt instruments issued outside India but denominated in Indian Rupees, rather than  the local currency.