The protesters were stopped by police before the BJP headquarters 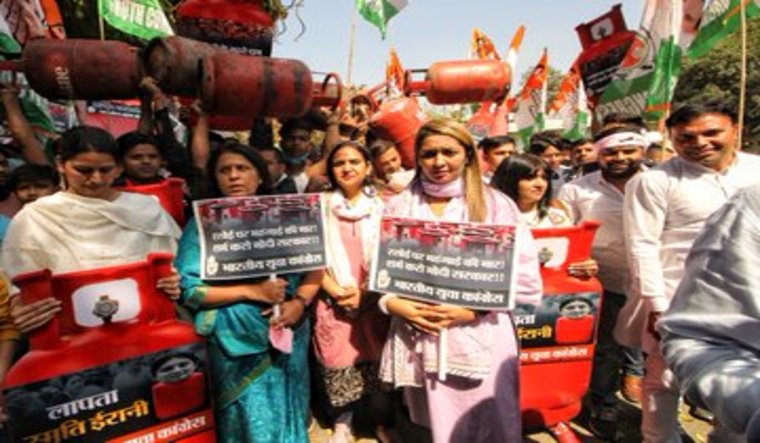 Delhi Congress leaders and workers staged a protest near the BJP headquarters on Tuesday against the rising prices of petrol, diesel and cooking gas.

The protesters, raising slogans against the BJP-led central government, took out a march from the Delhi Congress office but were stopped by police before the BJP headquarters on the DDU Marg.

Women Congress workers carried cooking gas cylinders during the protest, as the steep rise in the cooking gas price has terribly upset household budgets, already severely impacted by the COVID-19 pandemic, according to a statement issued by the Delhi Congress.

The party leaders demanded that the BJP government should provide immediate relief to people from the rising prices of petrol, diesel and cooking gas.

The Congress workers questioned the silence of BJP and Aam Aadmi Party leaders who used to protest even when a minor hike in oil prices was effected when the Congress was in power, the statement said.