Over 21% people in India have antibodies against coronavirus: Sero survey

The survey shows the status of infection in early December 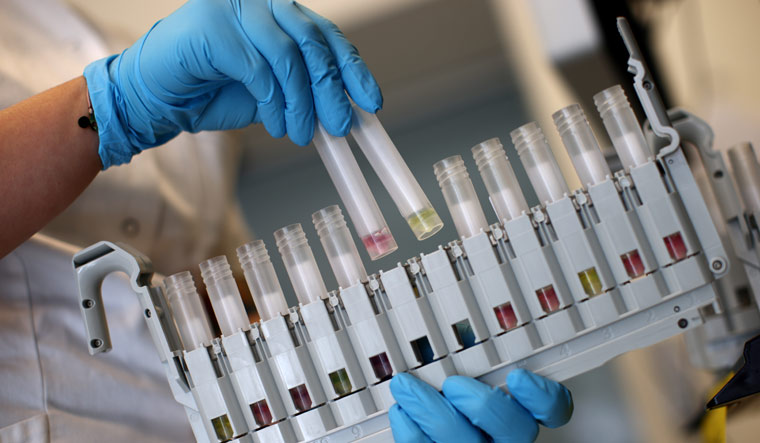 The sero-prevalence of 21 per cent, however, was not a reason to lower one's guard against the pandemic, say experts | Reuters

A little less than a quarter (21.4 per cent) of India's population has encountered the SARS-COV2 virus and developed antibodies against it, results from ICMR's third sero survey has shown. The survey, conducted between December 17, 2020 and January 8, 2021, shows the status of infection in early December (since antibodies take about two weeks to develop) in the country. More children (25.3 per cent) in the age group of 10-17 years than adults were found to have antibodies in the latest survey. In the age group of 18-44 years, the sero-prevalence was found to be 19.9 per cent, and among those in age group of 45-60 years, it was 23.4 per cent. Those above 60 years, too, showed a sero-prevalence of 23.4 per cent.

In 2020, the ICMR conducted similar sero-surveys in May-June (where it found a sero prevalence of .73 per cent), and in August-September (7 per cent sero-prevalence). The latest sero-survey had a sample size of 28,589 persons, across 700 villages/wards in 70 districts across 21 states. These sites are the same ones where samples had been taken in the first and second round as well. From each district, 100 healthcare workers were selected for the study and the IgG antibody levels were tested to determine the spread of the infection, said Dr Balram Bhargava, director general, ICMR. “The IgG receptor binding domain test that was used in the survey is the most sensitive one. It was used in the US as well, where it indicated 14.3 per cent prevalence,” Bhargava said.

The latest survey suggests that the numbers have been the highest in India's urban slums (31.7 per cent); they begin to decline in urban non-slums (26.2 per cent) and rural areas (19.2 per cent), a trend that has been seen in the earlier all-India sero surveys as well.

“The success of the government's pandemic control response has been that we have been able to keep it restricted to large cities,” Bhargava told THE WEEK. Large cities, and particularly urban slums, are not amenable to social distancing and hence the spread is larger in those areas. The ICMR has not released the details of the survey, but Delhi which released its own sero-survey earlier this week, suggesting 56 per cent sero-prevalence was not included in the all-India survey, Bhargava told the media.

The sero-prevalence of 21 per cent, however, was not a reason to lower one's guard against the pandemic, Dr V.K. Paul, member (health), NITI Aayog said. Paul said that the world was concerned over the mutations in SARS-COV2, and those were present in India as well.

Among healthcare workers, the sero-prevalence was the highest—a quarter (25.7 per cent) of India's healthcare workers had developed antibodies against the COVID-19 virus. Doctors and nurses were found to have a sero-prevalence of 26.6 per cent, among paramedical staff it was 25.4 per cent, and among field and admin staff it was 25.3 per cent and 24.9 per cent respectively.

Close to half of healthcare workers (45,93,427) in India have been vaccinated, Union health secretary, Rajesh Bhushan said. States such as Madhya Pradesh, Uttar Pradesh, Kerala and Mizoram had covered a significant proportion of their healthcare workers (50 per cent or more), while those such as Tamil Nadu, Chandigarh, Assam and Meghalaya were a bit behind (30 per cent or more).

On vaccine wastage due to expiry within six months, Paul assured that no vial would be wasted. The government had already begun the vaccination for frontline workers, and the health ministry sources suggest that by March-April, vaccination of those in the other priority groups, too, would begin.

On adverse events following immunisation, Bhushan told media that 8,563 AEFIs had been captured in the government's digital system so far, 34 persons had been hospitalised, and 19 deaths of vaccinated people (not due to vaccination) had been recorded. “The percentage of AEFIs is 0.18 per cent, and hospitalisations is .0007 per cent,” he said. With regard to the deaths, Bhushan said that a process was being followed where the post-mortem was conducted, the state AEFI committee deliberated on it, and lastly, a national AEFI committee looks at the all-India deaths. “The national AEFI committee will shortly meet and deliberate on this, and the results would be made public,” he said.