Nirmala to use tab to present 'paperless' budget

This will be the first 'paperless' budget since Independence 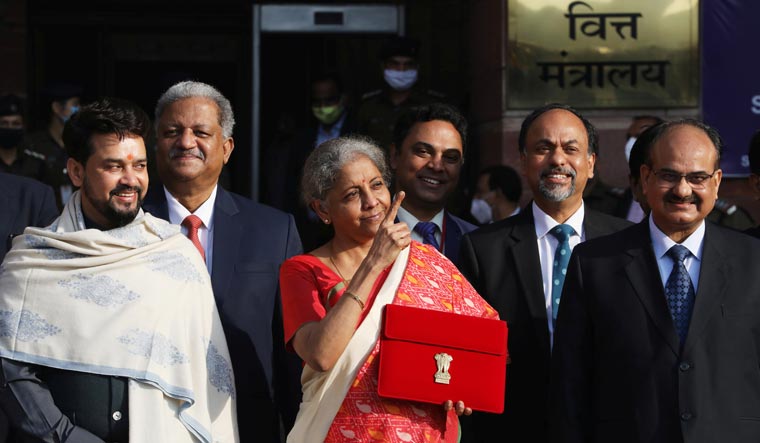 On Monday, as she prepared to present her third budget, Sitharaman marked an even bigger break from the past. Sitharaman was seen holding an electronic tablet from which she would present the budget. The tablet was carried inside a red case with the emblem of the government of India. Some reports said the device was made in India.

This will be the first 'paperless' budget since Independence. Earlier this month, the Lok Sabha Secretariat had said the budget documents and the Economic Survey would be made available online after the authenticated copies were laid on the Table of the House.

The decision to do away with printing of budget papers was attributed to the need to have many people present at the Finance ministry's printing press at North Block amid worries of COVID-19.