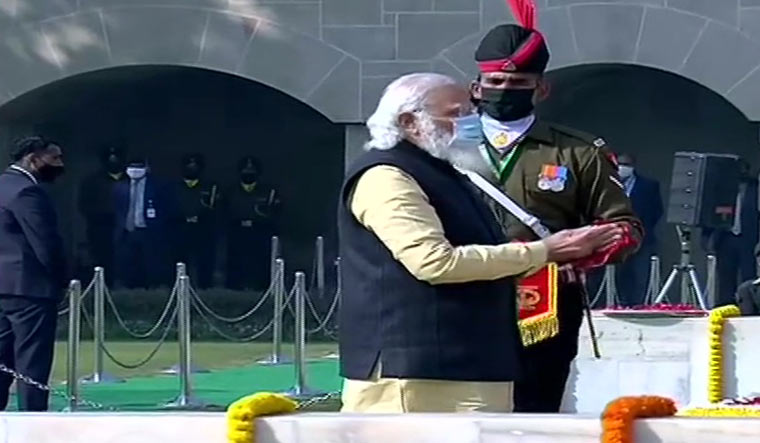 Senior government functionaries led the country in paying tribute to Mahatma Gandhi on his death anniversary on Saturday.

Kovind paid humble tributes to the father of the nation who was shot dead on this day in 1948. His death anniversary is observed as Martyrs' Day.

“On behalf of a grateful nation, my humble tributes to the Father of the Nation, Mahatma Gandhi who embraced martyrdom this day. We should adhere to his ideals of peace, non-violence, simplicity, purity of means and humility. Let us resolve to follow his path of truth and love,” Kovind tweeted.

Vice President M. Venkaiah Naidu praised Gandhi's espousal of non-violence. Naidu tweeted, “Gandhi Ji was a crusader of peace, non-violence & selfless service. Both, through his words and actions, he left an indelible imprint on the sands of time. He inspired countless people worldwide to follow the path of ahimsa. He worked relentlessly for the uplift of the vulnerable sections, downtrodden and socially backward. Gandhi Ji's glorious life and principles continue to inspire the entire world. As we remember him, let us emulate his teachings and resolve to follow the path shown by him.”

Prime Minister Narendra Modi tweeted “Tributes to the great Bapu on his Punya Tithi. His ideals continue to motivate millions. On Martyrs’ Day we recall the heroic sacrifices of all those great women and men who devoted themselves towards India’s freedom and the well-being of every Indian.”