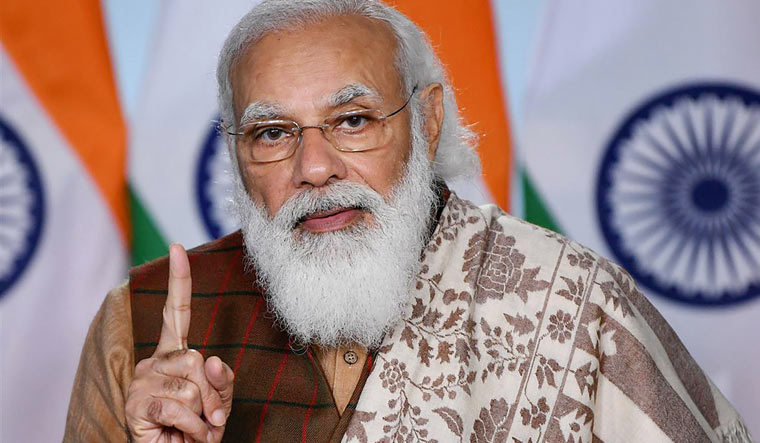 Prime Minister Narendra Modi was elected unanimously the next chairman of the Trust which manages the famous Somnath Temple at Prabhas Patan town in Gujarat's Gir-Somnath district. A statement issued by the PMO said Modi attended a meeting of the Temple Trust which was held via video conferencing on Monday.

“The Trustees unanimously chose Prime Minister Shri Narendra Modi as the next Chairman of the Trust, to guide it in the times to come. The Prime Minister accepted the responsibility and also appreciated the efforts of Team Somnath,” the statement said.

Modi is the second prime minister after Morarji Desai to be appointed the chairman of the Trust.

During the meeting, the prime minister expressed hope that the Trust will be able to further improve infrastructure, accommodation arrangements, recreation facilities and help establish stronger connection of the pilgrims with our great heritage. He reviewed the facilities, ongoing activities and projects during the meeting.

The post of the Somnath Trust's chairman fell vacant after the death of former Gujarat chief minister Keshubhai Patel. During the meeting, the members paid tributes to Patel.