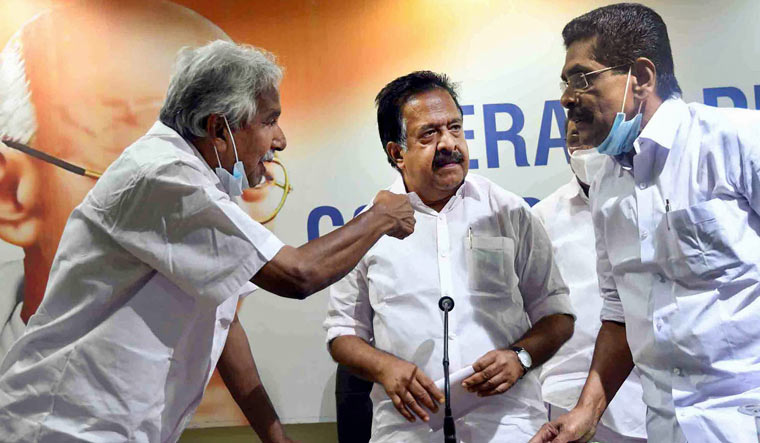 Top leaders of the Congress in Kerala are heading to Delhi to hold preliminary discussions with the party high command, apparently over the preparations for the forthcoming Assembly elections.

This is the first meeting of the state leaders with the central leadership after the party’s defeat in the recent local body polls in Kerala.

The meeting may finalise the steps to be taken for revamping the organisation as per the direction of the All India Congress Committee (AICC). At the meeting, deliberations on the need to reorganise the block, constituency and district committees are likely.

Party units at these levels failed to perform to the leadership’s expectations and lacked efficiency, leading to its lacklustre show in the civic polls.

At the same time, there are apprehensions among the faction leaders that if presidents of local committees are changed at this stage, it might trigger further problems for the party, just ahead of the state polls.

However, KPCC president Mullapally Ramachandran is insisting on changing the leadership of the District Congress Committees in light of the party's poor performance in local body polls.

AICC in-charge of Kerala Tariq Anwar and general secretary in-charge of organisation K.C. Venugopal have also expressed the need for overhauling the leadership ahead of the crucial Assembly polls.

The leaders will also hold preliminary discussions on the criteria to be adopted for selecting candidates for Assembly polls. With the state leaders heading for Delhi, Tariq Anwar has postponed his visit to Kerala, which was scheduled for this weekend.