Biden has got an opportunity to address the imbalance in ties, says the report 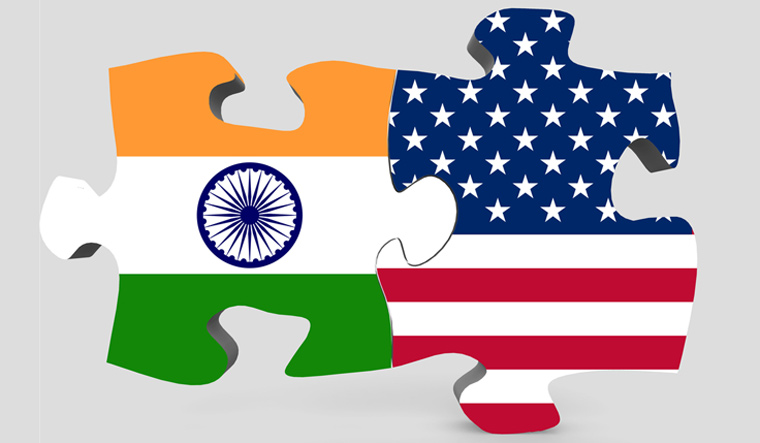 The Indo-US defence ties might be strong, but there is need to expand the relationship further, argues a newly released report by Brookings Institution.

The way forward for the new American President, Joe Biden, to realise his defence ambitions with India is to build a broader bilateral relationship, be disciplined about setting and resourcing its Indo-Pacific priorities, be ready to invest more at the leader and the cabinet levels to sustain the ambitious agenda as well as be “realistic’’ about India’s “constraints’’.

The report authored by Joshua White—who had served as a senior advisor and director for South Asian Affairs at the National Security Council—seeks to set outline the way ahead for the Indo-US relations to grow after the recent conclusion of the “foundational defense agreements.’’

“This positive trajectory is, however, by no means guaranteed to continue apace,’’ writes White.

“There are rising concerns in the United States about India’s fiscal limitations, its ties with Russia, its ponderous response to a pattern of Chinese provocations on its border, and its drift toward illiberal majoritarian politics. In addition, the Biden administration will likely seek, for good reason, to rebalance the bilateral relationship away from a disproportionate focus on security issues in order to address a wider array of topics including global health, energy and climate change, and technology cooperation,’’ the report states.

"The Trump administration leaned too heavily on defense and security issues to drive progress in the US-India relationship," writes White. "The Biden administration has an opportunity to remedy this imbalance with a broad-based engagement that returns to the table a full spectrum of important topics,'' he notes.

White has identified six focus areas for Biden administration to capitalize on the past gains and move ahead: situating defence ties with India in a wider bilateral and multilateral architecture; driving a more holistic defence planning dialogue in a way that regional threats are assessed and capability gaps identified; relooking at exercises to prioritize activities where there could be combined operations as well as identifying low-end activities with third countries that are at risk of undue Chinese influence; providing sustaining support for high technology cooperation and co-development efforts; identifying opportunities to further institutionalize intelligence sharing; and deepen consultations to mitigate emerging risks in the cyber, space, and nuclear domains.

South Asia is not a priority operational theatre, the report states as the United States continues to draw down its forces from Afghanistan. However, it is the most active new competitive domain in which China is rapidly expanding its influence. With the Chinese expanding military operations, the report argues for the United States investing “in bolstering the capabilities of its partners to be able to recognize and respond to the risks posed by rising Chinese power.”

White, in his report, also called for expanding the 2+2 structure as it risks “over-securitizing the relationship and monopolizing diplomatic bandwidth to focus on defense issues at the expense of other priorities.’’ It also risks  “marginalizing the economic coordination functions that are critical to any effective counter-coercion agenda in South Asia. There is a need to change the format, he believes and offers a few suggestions as to how it could expand.

Interestingly, the report also suggests ways for the US to tackle India’s Russian equipment. This is likely to emerge as a prickly issue in the future. And White suggests that there should be tough talk.

“The US government has thus far wisely held those sanctions in abeyance while cautioning India against adding to its inventory of Russian platforms such as the Sukhoi Su-30MKI,’’ the report notes. “Precisely because of these concerns, the US officials should not shy away from entering into a serious dialogue with India about advanced systems such as the F-35 fighter aircraft,’’ the report notes.